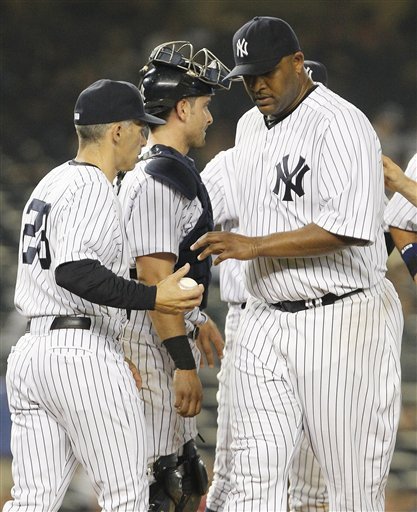 If you stayed up late, really late, you saw the Sox beat the Yankees. Many people might have endured the 3+ hour rain delay, and watched Sabathia cruise through the Sox lineup. It wasn't until the 7th that the Sox got to Sabathia. He was working a 2-hitter going into that frame, and he left on the hook for the loss.

Ortiz was once again the centerpiece of the offense. He had a pair of hits in that 7th inning, including a 2 run double.

If I were a Yankee fan, I'd be pretty pissed. Not only have the Yankees failed to beat the Red Sox on the field, they're not pitching inside. Sabathia had the stones to hit Ortiz. But Ortiz got the last laugh. Ortiz has played 161 games against the Yankees and had NEVER been hit by a pitch.

I wish the Sox could play the Yankees every game.