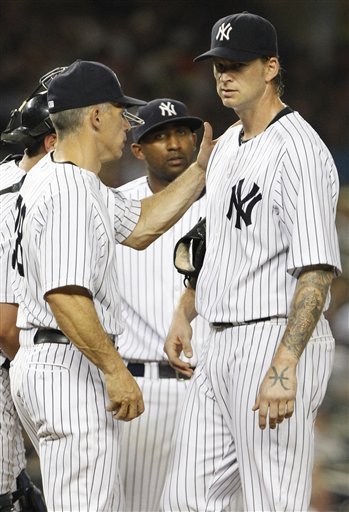 The Red Sox beat the Yankees. Again. It's becoming a repetitive theme. And the reason for that is pitching. While Tim Wakefield was solid last night, AJ Burnett was his hapless self.

The Yankees have an offense similar to the Sox, but the Yankees' starting pitchers are a joke, apart from Sabathia. Even Colon, who's managed a solid record, struggles against the Sox. It's so sad that I'm actually starting to feel a little bad for the Yankees.

Ortiz, Crawford, and Drew homered last night. Wakefield wasn't stunning, but he did better than Burnett. It should be a nice pitching duel tonight as Beckett goes against Sabathia.