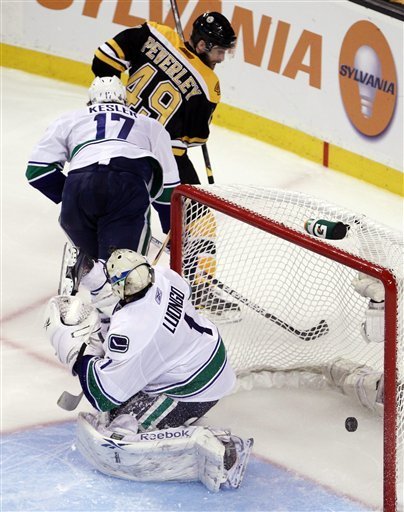 The series is 2-2. It's hard to believe that things are even, because things seem so lopsided at the moment. The Bruins outscored the Canucks 12-1 in the last two games. And the play on the ice has hardly seemed to favor the team from British Columbia.

The Bruins have taken the initiative. And they've been aided by their world class goalie, who has yet to be chased from a playoff game. Unlike Luongo, who is revisiting the taste of being a backup from the Chicago series of the Canucks' playoff run. That series saw Luongo not even have the character to sit on the bench as his teammates battled the Blackhawks. He watched in the dressing room, on TV, until Schneider got hurt.

We've seen Luongo's vulnerabilities exposed in this series. We've yet to even see if Thomas has any weaknesses. He stopped 38 shots in Game 4, after stopping 40 in Game 3. He's simply superhuman. I think he deserves the Conn Smythe right now, regardless of how this series plays out. No individual has affected the outcome of the Stanley Cup playoffs more than Thomas.

Then there's Rich Peverley. A friend of mine quite accurately compared him to Troy Brown. And he has the same qualities. He can literally play in any role that is asked of him. He has the skills to be on the 1st line, the smarts to be on the 2nd, the grittiness to be on the 3rd and 4th, he can be on the PP on the PK, and he makes all these groupings better. You can insert him anywhere, and be better for it. He not only fits, he makes his teammates better.

And both Ryder and Marchand were overdue for goals, with as good as they've been playing. With Horton out, these two guys are the scorers who need to step up. And they did just that in Game 4. Ryder put himself in position to score several times before beating Luongo. And Marchand's looked excellent the last few games. 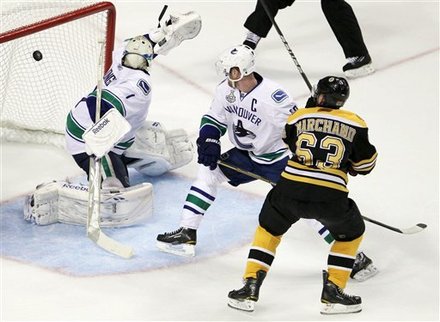 The series is 2-2, but the Bruins have the momentum, they have an answer between the pipes, not a question mark, and they have guys like Rich Peverley who can do just about anything.

Also, great job by the refs for keeping a lid on Game 4, without going nuts with the penalties. They called the blatant trips and high-sticks, and let the players play. Well done by them.