Jeremy Lin-gers on in New York 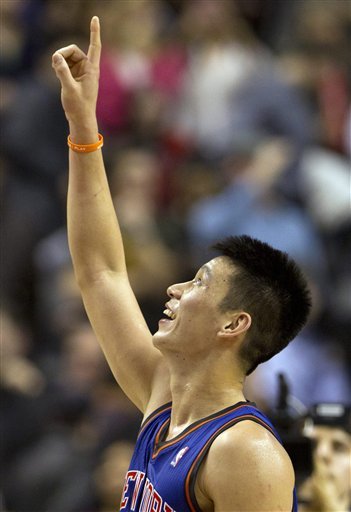 I've been talking about Jeremy Lin since he was in college. I was privileged to see him dismantle Boston College twice. What amazed me was hos quick he was with his movements, and how tight his dribble was. He's a smart player, but the athleticism is there. He might not be able to sprint up and down the court with the NBA's fastest players, but in short bursts, he might be the quickest draw in the Association.

A few haters have been saying that Lin is only front-page news because he's Asian-American. But I think his play has spoken louder than the haters' words. You have an undrafted Harvard alum (Harvard, like all Ivy League schools, doesn't offer athletic scholarships) leading the New York Knicks to victory when their so-called stars are out. This story is a story no matter what the ancestry of the main character is. I think this story occurring in New York is a bigger reason for this story's prominence then Lin's race.

Yes, he is Asian-American. But more importantly, he's a really good basketball player.

I've always liked Lin. He plays the game smart, he plays the game fast. He decides what to do, then does it before the defense realizes he'll do it. He is lightning fast. He's just fun to watch. It's a rare combination of fundamental soundness and awareness with sheer athleticism.