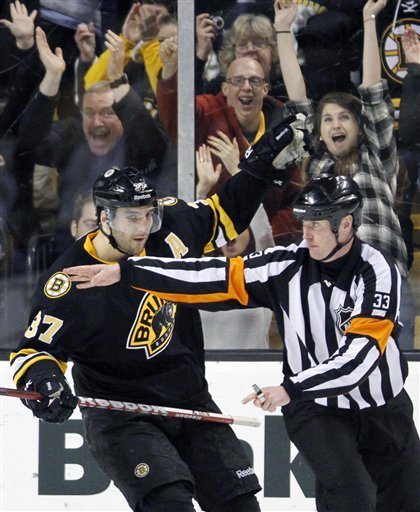 The goals they allowed were the result of unfortunate mistakes, not bad habits. Tim Thomas, for instance, could have stopped Nashville's 3rd goal. But he got up out of the butterfly too early and opened up a huge gap for Mike Fisher to score. Other than that, though, Thomas was fine.

Marchand and Bergeron were playing hard, especially in the 1st. And it eventually resulted in a shorthanded goal. Lucic was skating around like a madman all game and it paid off with the game-tying goal scored 67 seconds away from another loss.

Seguin and Bergeron scored nifty goals in the shootout and it was over.

The Bruins outworked and outplayed Nashville. If not for the occasional miscue, they would have won the game in regulation by 2 goals.

We know how good this team can play. They don't need to be lights out for the remaining 29 regular season games. They just have to be good and continue to practice good habits. Then turn it on in the playoffs.

Bruins host the Rangers Tuesday night in a meeting between the two best teams in the East.