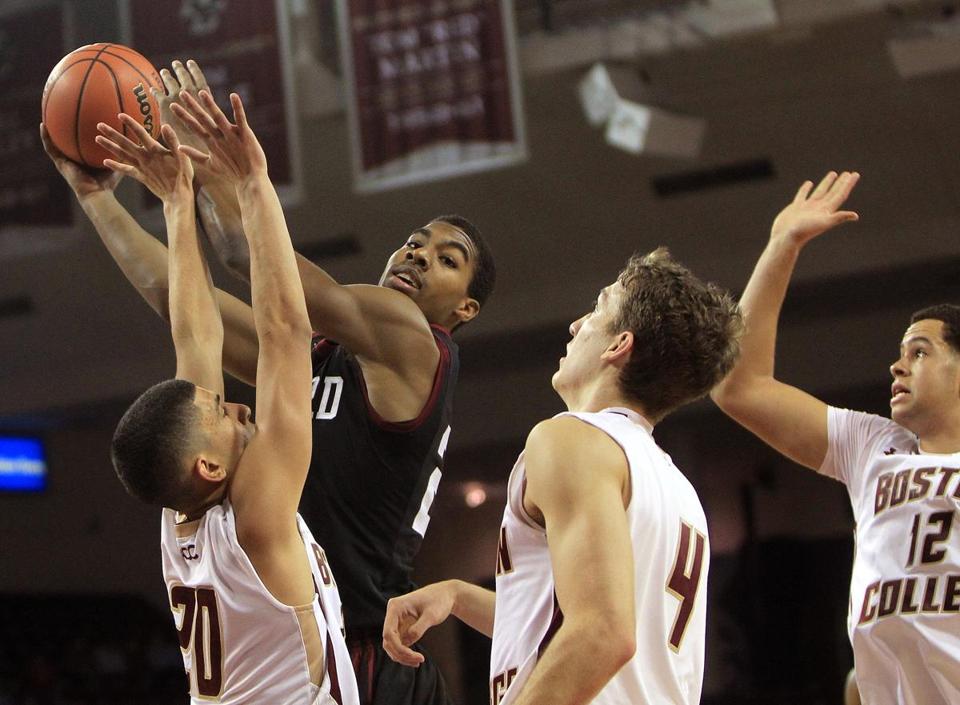 Ten years ago, if you'd proposed a Beanpot style tournament for the college basketball teams in Boston, the idea would be dismissed because BC would be the undoubted favorite. How things have changed.

Harvard beat BC 79-63 last night. It was the Crimson's 5th straight victory over the Eagles.

What's really unfortunate for BC is that Harvard wasn't supposed to be that good this year. Harvard lost co-captains Kyle Casey and Brandyn Curry before the season due to a cheating scandal. The Crimson were 3-3 coming into this game. One of their wins was over MIT (the Engineers compete in Division III). Another win was against the Manhattan College Jaspers.

BC was actually favored to win last night's game, and it was close at halftime, with Harvard clinging to a 31-29 lead. Then the Crimson started the 2nd half with a 7-0 run and kept their foot on the gas. BC simply could not stop them. Harvard went on an 11-0 run after the first media timeout. The game was effectively over with 12 minutes left to play.

Sivani Chambers scored 21 points for Harvard. Wesley Saunders added 18. Jonah Travis scored 14. For BC, Ryan Anderson stood out, scoring 23 very hard points, mostly down low. No other Eagle scored more than 15, and only two others scored more than 10.

Harvard won the physical battles. They got some key offensive rebounds and had 9 team steals compared to BC's 2. They also got to the line more often, and shot better with their 3-pointers.

Ten years ago BC was a perennial NCAA tournament team, the undisputed best college basketball team in Boston, and behind UConn the second best team in New England. Now, there's no other way to put it, BC is Harvard's bitch.