I Have No Pity for Manti Te'o 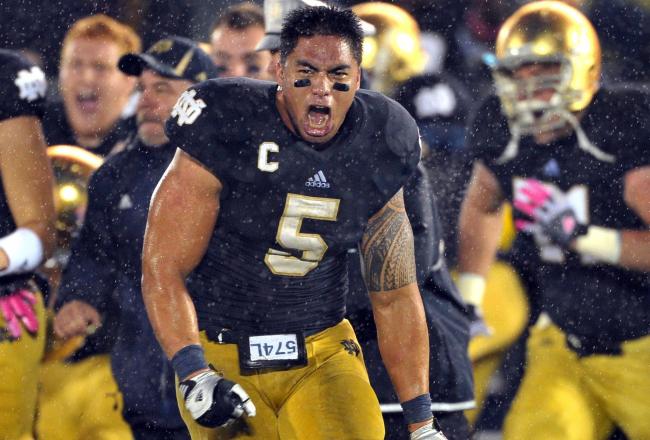 You know the story. Notre Dame linebacker and Heisman finalist Manti Te'o was tricked into thinking his online girlfriend was real, and then died of leukemia. The truth was revealed to him in December and now it's finally become public news. And now Te'o is the subject of memes and cracks on Twitter.

While some people make light of what happened, others have expressed sympathy for Te'o. I, however, feel no sympathy, pity, empathy, or any compassion for him at all.

When most people get tricked online, it throws their lives into shambles. They get their identity stolen and lose money and see their credit-rating shattered. Some people see themselves in nude pictures or sex-tapes on the internet. This affects them forever. They struggle to borrow money, get jobs, et cetera. Some people have to move to different towns after something horrible happens to them on the internet.

All that happened to Te'o is that he got embarrassed. Hence the jokes and memes. If this had been serious, if Te'o had truly been permanently wounded by this, then people wouldn't be so fast to mock.

He'll still be drafted by an NFL team, still make tons of money, still have an opportunity to be with the real woman or women of his choosing. That's more than can be said for most of us. So I don't feel sorry for Te'o, not one iota.