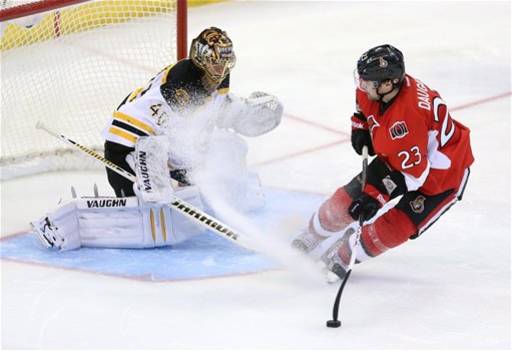 Recapping this game is very simple. The Bruins played a crappy 1st period, then a good 2nd period, then Tuukka Rask won the shootout for them.

This was a close game, to state the obvious. The Bruins were somewhat fortunate to only allow 2 goals in the 1st period. And Shawn Thornton's goal in that period was also helped by some fortunate ricocheting. The Bruins were, at times, careless with the puck. That allowed Ottawa to take a 2-0 lead. And against a healthier, deeper team, such mistakes could be fatal.

On a positive side, Jordan Caron is what Chris Bourque tries to be, only Caron is actually capable of winning battles. Caron knows his role, knows how to win a loose puck, and knows how to fit in his line. Caron makes his line-mates better, Bourque made his line-mates worse.

The Bruins face the Penguins tonight. This will be a true test.