The most important parts of last night's game were the moments before and after the game itself: The National Anthem and the players' salute to the crowd.


As far as the game goes, the Bruins played a strong, emotional game. They weren't lackadaisical as they've been in recent memory. Tip your cap to the Sabres, who are fighting for a playoff spot. And give an extra tip of the cap to Ryan Miller who played an excellent game. Let's not forget that the Sabres have a few Boston connections on their roster, and this game must have been emotional for them as well. Brian Flynn, who took the opening face-off, is from Lynnfield, MA. And Nathan Gerbe played at Boston College. The B's clinched a playoff spot. And that's good news. With 6 games left on their schedule they are tied at the top of the Northeast Division, with a game in hand. The Penguins are in town Friday night. 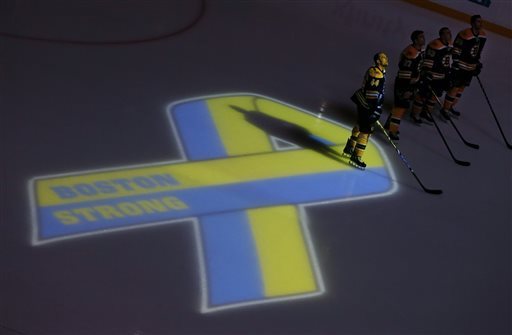