Toronto Mayor Rob Ford, at the Bills Game, Eating a Buffalo Wing Like it's Covered in Crack Sauce 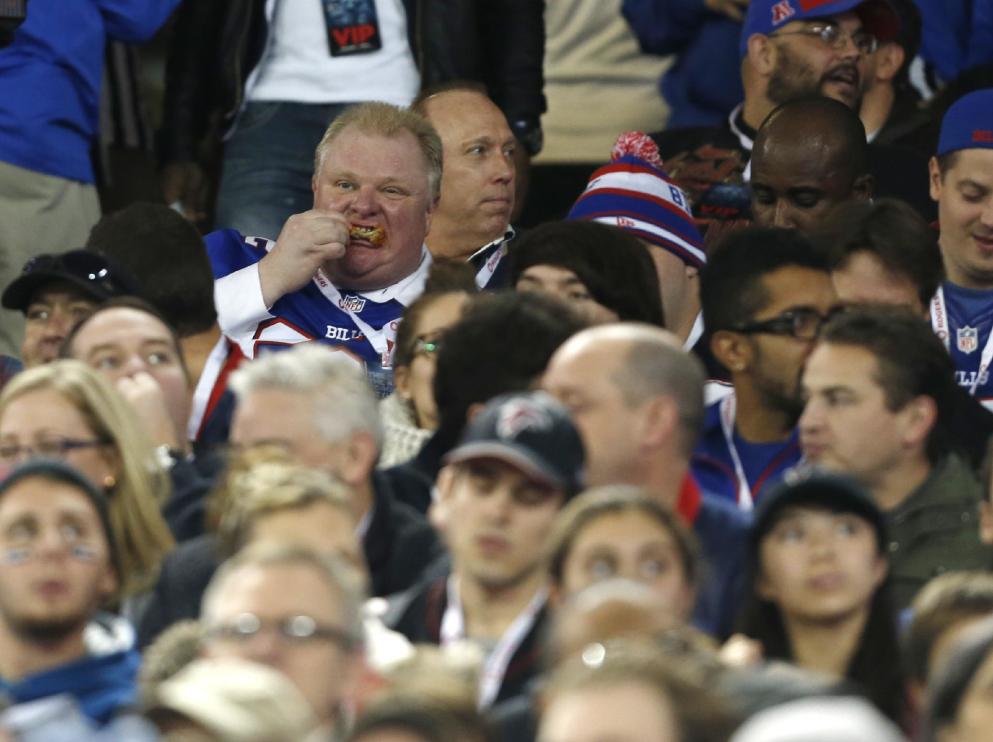 I go back and forth on my feelings about Toronto Mayor Rob Ford. At some times he seems lovable for his over indulgence. He's like Falstaff. Or Chris Farley. However, at other times he seems just a few steps away from being a villian in a poorly written TV movie. The evil Mayor who can't help himself, borrows money to feet his habits, and has to sell the city's Christmas lights to China to pay off his debt. The Mayor Who Pawned Christmas.

But I can appreciate the blank-faced joy he's feeling as he devours a Buffalo wing at the Bills game. I've recently gone on a Buffalo sauce spree. Not just putting it on chicken. I've been experimenting. I've put it on steak tips and rice (the best one). On shepherd's pie. I've made Buffalo chicken mac and cheese and pasta with Buffalo chicken instead of tomato sauce. I even made a Thanksgiving leftover burrito with turkey, mashed potatoes, and stuffing, covered in Buffalo sauce. Soooooo good.

I feel like sending these pictures to Toronto and bribing Ford with this addictive cuisine. Maybe force him to arrest Phil Kessel and James van Riemsdyk in exchange, and detain them until June. 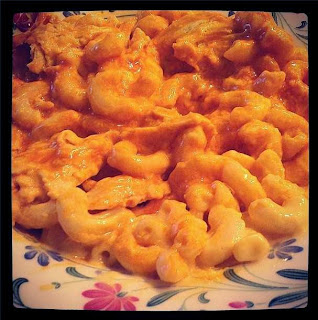 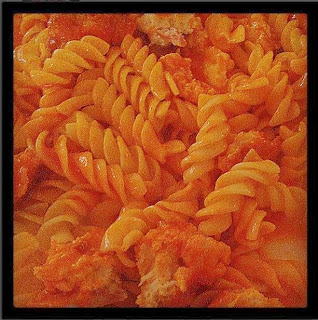 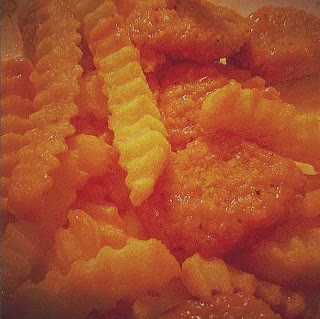 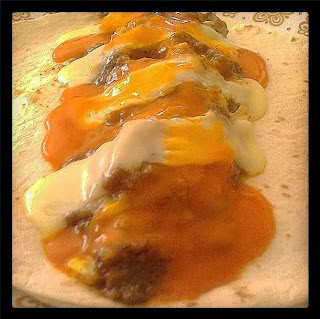 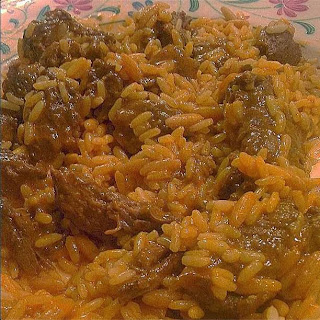 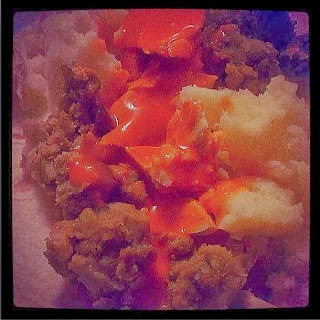