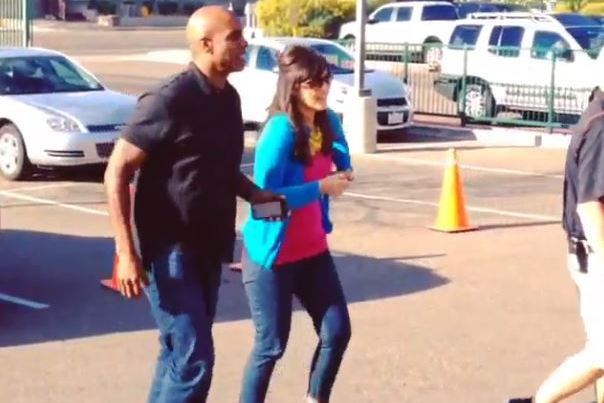 For some reason I get Comcast Sports Bay Area with my cable TV package. It's weird seeing promotions for Oakland A's spring training updates and Golden State Warriors coverage.

On Monday they broadcast a press conference involving Barry Bonds, who will be spending a few days with the San Francisco Giants in spring training as a guest hitting coach. This marks Bonds' return to the game after retirement, conviction, and failing to be elected into the Hall of Fame.

He was asked 45 questions (not counting multi-part questions and follow-ups). Only 10 of them had to do with PEDs or the Hall of Fame. Many were about his responsibilities as a guest hitting coach. There was also a number of suck-up questions phrased in ways to praise his greatness. "These kids are in awe of you..." one question began.

I don't want Bonds to be cross-examined wherever he goes. Nor do I think he should be issued a restraining order by the game of baseball and court ordered to remain 300 yards from any MLB facility. I do, however, think it's odd that the faces of PEDs in baseball are being invited back to the game. Mark McGwire, for example, as the hitting coach for the Dodgers.

The hypocrisy of the PED era remains alive and well. The game wants to appear clean and so it harshly and publicly punishes those who break the rules. Yet teams welcome back McGwire and Bonds. The Bay Area media treat Barry Bonds like a king, and they defend him like his knights. Meanwhile the high priests of the BBWAA judge him as a sinner, even though for years they praised him as he sinned.

The 30 Major League clubs have made a big deal to demonstrate their absolute intolerance of PEDs. They even went so far as to suspend Alex Rodriguez for a bizarre number of games. The 30 clubs don't want PEDs to be part of the game.

If you were to create a Mount Rushmore of PED usage in baseball, Barry Bonds' swollen cranium would be up there, along with McGwire's, and then Jose Canseco and A-Rod. Baseball wants PEDs out, yet PED users are welcome to return.

At least McGwire admitted it. Kind of. Actually, let's not praise McGwire for his post-PED "honesty." When Bonds was asked on Monday if he should admit to his usage, he gave this answer worthy of a politician:

"I already went to court and that's where I'll leave it."

When asked about Biogenesis he responded:

When asked about his intimidating persona, Bonds modestly admitted "I had teammates who said 'Barry, you're too nice.'"

The question I would have asked is "What will you say to a young player who tells you he's thinking about doing a little something extra, maybe outside of the rules, to help himself out, and wants to know your thoughts on that?" That's the question to ask. It falls within his role as a guest coach, he'll probably still give a meaningless answer, but it's not a direct, accusatory question about his PED use either. You can even add "As a veteran," or "As someone who played in the era."

I'm not mad at Bonds. I'm mad at the game for making a spectacle of punishing steroid and HGH users, and then welcoming the men who inspired that use back into the game as coaches.

More than that, I'm mad at the Bay Area media who have been Bonds apologists for years. They've given Bonds more free passes than NL pitchers did. There were only a handful of difficult questions for Bonds to answer. And when he was asked if he was jealous or upset about the Giants winning the World Series without him in 2010 and 2012, one of the gathered media pointed out that Bonds was at the games and cheering. The Bay Area press stood and defended Bonds like knights defend their king.

At the end of the press conference, the microphone caught reporters saying "Thanks, Barry." And "Good job."

And while one segment of baseball media defends Bonds at all costs, another has the unshakable stance that he should never enter The Hall of Fame except as a paying customer. Both groups are hypocrites. Both are fighting a battle over ethics, but doing so in unethical ways. The Bay Area Knights of Bonds dismiss and excuse any and all wrongdoing by their king. And the high priests of the BBWAA have banished him from Cooperstown because of his sins, even though those same priests praised him endlessly while he was sinning.

Baseball wants to seem clean, yet guys like McGwire and Bonds still carry their inflated skulls and massive biceps around baseball clubhouses. Even if they are clean as coaches, what's the message to young players? Take PEDs, hit 600+ homeruns, then get paid to coach. No Hall of Fame? No problem.

Then the writers are divided on how to be unethical and wrong in their coverage of the game. Some want to gloss over the truth or explain it away. Some with sin want to cast the first stone.

All are wrong. The 30 clubs punish violations too harshly, and also shouldn't welcome back famous cheaters with open arms while doing so. And the media shouldn't be so entrenched with their positions. Bonds can be a cheater and a Hall of Famer. He can be bad and be great.