BC Basketball Needed a Change in Direction 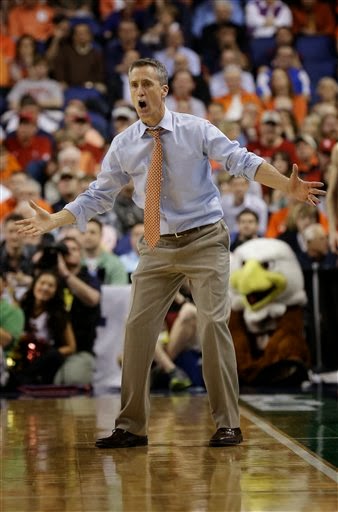 A week ago, Boston College's basketball season ended when they lost 73-70 in overtime TO Georgia Tech in the ACC Tournament. This week, head coach Steve Donahue's tenure at BC also ended. It was a much needed change, for both the team and for Donahue.

BC lost 24 games this season. 9 of those were by 4 points or fewer. The Eagles were 3-9 in those close games (one of those victories was over Florida Atlantic). They had the ability to keep up with good teams, even beat Syracuse on the road, but when games were determined in the last 2-4 minutes their performance level typically dropped. They didn't rise to the occasion, they did the opposite.

As a team they were too tightly strung. They played too much with their brains and not their bodies. They lacked aggression, thinking too much instead of acting. Basketball is a game of decisiveness, and they played with indecision.

In the recruiting department they resembled an Ivy League team more than ACC team. They had quality players like Olivier Hanlan, and a handful of decent role players, but no strong athletes who could carry a team either defensively or offensively. And guys like Hanlan played soft and weak, especially when games were on the line.

And before BC people use the old "Academic Standards" refrain, those standards might make it tough to win 24 games, they don't make it so you lose 24.

Steve Donahue is a good coach. He's just not the right coach. In hindsight, BC took a guy from a small pond (Cornell and the Ivy League) and transplanted him to a shark infested ocean. Donahue got his Cornell Big Red to the Sweet 16, which is impressive, but winning two NCAA games pales in comparison to playing 18 ACC games a season.

Donahue's Eagles could win big games every once and awhile, but struggled with consistency. They could be great for 40 minutes, but failed to be good for 400 minutes. This year they were 240th in the country in points per game, 269th in points allowed, 326th in rebounds, 154th in shooting percentage.

Hopefully Donahue finds a job that fits better. Let's also not forget that he inherited a BC team that was struggling. So he was tasked with turning a team around in one of the toughest leagues in the country.

Harvard's Tommy Amaker is reportedly the leading candidate for the opening at BC. I like Amaker, but I'm not sure it's smart to once again hire an Ivy League success story. Amaker has turned Harvard into a relative powerhouse in one of the worst leagues in the country. Big fish, small pond.

Then again, he's coached in power conferences before, in both the Big East (Seton Hall) and Big Ten (Michigan). He also played in the ACC at Duke.

Then again, he never brought Michigan to the NCAA tournament and was criticized for teams that underperformed in pressure situations. That kind of sounds like what BC's been experiencing under Donahue.

THEN AGAIN, Amaker helped rebuild a Michigan program that was recovering from a scandal. Under Amaker, Michigan had significant success in the NIT. As a program, BC is in recovery mode. They shouldn't be looking for someone who can bring them to the promised land, they need someone who will turn the program around and get things going in the right direction.

It is a challenge. And Amaker seems to thrive on challenges. I'm writing this 10 minutes before his Harvard Crimson tip-off in the NCAA Tournament. If they do well, he might have better job offers than BC.