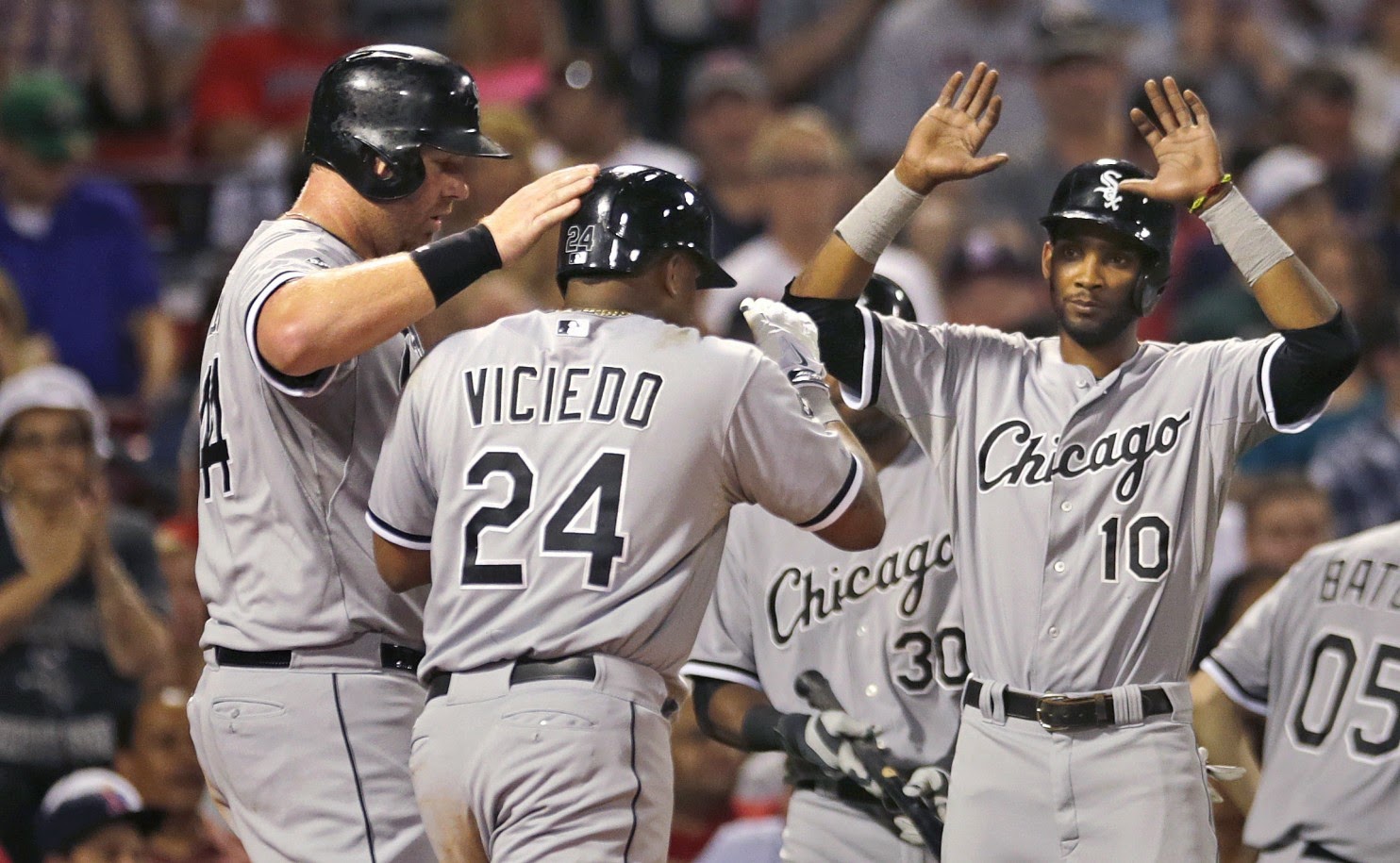 Who is Scott Carroll? Before Monday night he was just another journeyman pitcher. A 29-year old righthander who finally made it to The Show in 2014, struggling with a 2-5 record and an ERA over 5.

But last night he became Cy freaking Young, thanks to an inept Red Sox offense that only managed 2 hits. In his previous start Carroll allowed 10 hits and 7 runs. This was his first quality start since May 3rd. His career high in strikeouts coming into this game was 4. He struck out 5 Red Sox Monday night.

The Red Sox 1 through 6 hitters went an astonishingly pathetic 0 for 21. AJ Pierzynski and Jackie Bradley each hit singles. Bradley also walked, as did David Ortiz and Mike Napoli. That's it. In a 3 hour game (not including the rain delay), the Red Sox played around 7 minutes of baseball with anyone on base.

They didn't get a runner to 2nd until the 6th. And then again in the 8th. Neither reached 3rd.

I'd feel sympathy for Clay Buchholz except he made bad pitches and gave up some bombs. Adam Dunn's solo homerun in the 2nd would have been enough to give the White Sox a win, but Dayan Viciedo made sure with a 3-run shot in the 4th.

Buchholz looked much sharper after that, but I don't care. We all know he has the stuff to do that. His issue is consistency. And giving up homeruns and doubles for a few innings, then shutting an opponent down for the next few innings is essentially the story of his inconsistent career.

Here's a blame pie for this loss: 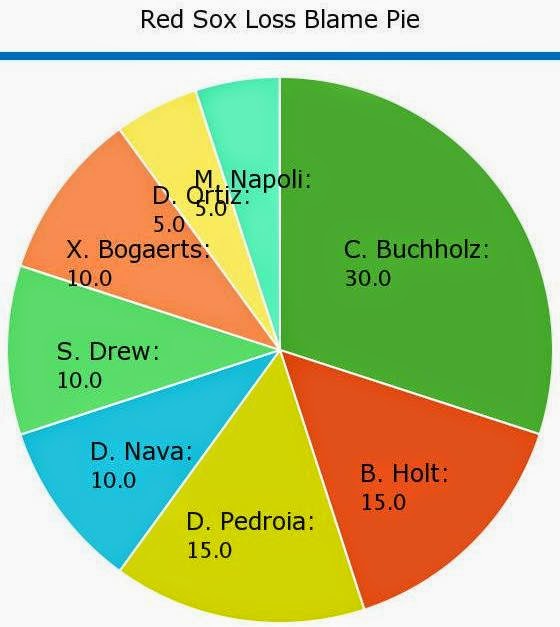 The Red Sox are 1-6 on this homestand, and are now 10 games out of both the division and the wild card.