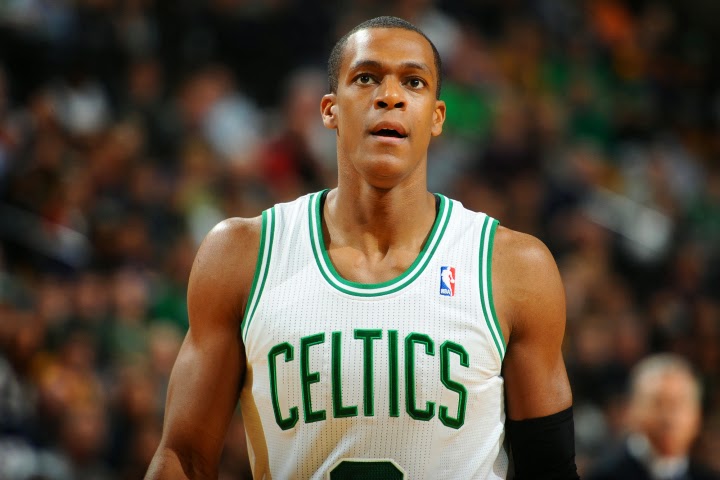 I wasn't a Rajon Rondo fan. I wasn't a Rajon Rondo hater. He was a polarizing figure in Boston sports, you either loved him and wanted him in green and white forever, or you hated him and wanted to pay his airfare to get him out of town. I was perhaps the only person in Greater Boston who stood in the middle. So I have some objectivity here, both in evaluating his place in Celtics history, and also appraising the deal that sent him to Dallas.

Everything you say about Rondo, good or bad, comes with a "but." He was a necessary part of a championship winning team. But he was the 4th most necessary part. He had tons of assists. But he couldn't shoot free throws. He played great in big games. But he was a goofball and sometimes a jerk off the court.

Just like Rondo was a necessary part of the 2008 team, but far from the most important part, this deal was a necessary deal, but not a very important one. Not yet, at least. The Celtics acquired chips they can repackage and exchange at the deadline. Which is why the deal was done now. Players need to be on the roster for 60 days to be traded at the deadline, which is 2 months away.

This deal has an emotional effect on Celtics fans because of the way people either loved or hated Rondo. But for the Celtics, the deal doesn't mean much. Rondo was likely gone at the end of the season anyway. And the players the Celtics got will probably be used as part of a trade at some point. It's up to Danny Ainge and the Celtics to make more good deals to rebuild this team. Good luck (luck is more necessary to building a contender than a good GM).

This trade might assist the Celtics in rebuilding, which would make this deal the biggest assist of Rondo's career. Then again, this is the NBA. Top tier talent finds its way to cities with nice weather, franchises owned by rappers, and teams where there are already great players. The weather here sucks, the team is owned by a group of rich white investors, and there are no are no great players here.

Rondo and the Celtics weren't going to win together. He needed better players around him to be great, but he didn't have the gravity to draw them here.

Rondo is a guy who can complete a team, not a guy to start one with.

His assists nicely sum up his Celtics career. He has loads of them, and that's a good thing. Rondo supporters, both fans and in the media, will ceaselessly remind you of his assists. But at times he also went out of his way to accumulate them. He somehow turned helpers into a selfish stat. That's Rajon Rondo in a nutshell.

Rondo's gone. It's an end of an era for the Celtics. An era of some good teams, not great ones. Rondo haters need to remember how good some of those teams were, and how Rondo helped the PGA (Pierce, Garnett, Allen) era end with at least one championship. But before Rondo lovers demand that the #9 be raised to the rafters, they need to remember that with Rondo at the helm, this team was good at best. And it was never going to be great.