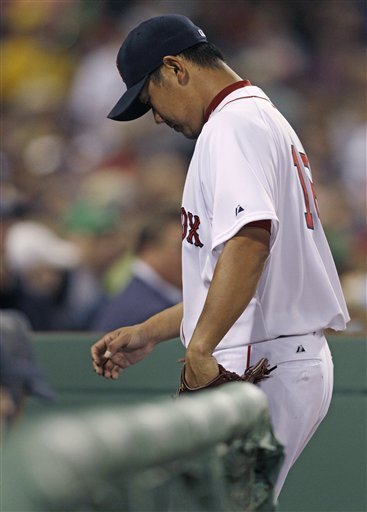 It took Tampa Bay 5 games before they scored 7 runs. Daisuke allowed that many in 2 innings. Everything he threw was a meatball, with no action, no bite, it was essentially batting practice for the Rays.

The people that think Daisuke is a good pitcher really baffle me. They allude to his 18 win season. But if any normal player came up through the minors, had a decent rookie year, then had an 18 win sophomore campaign, then struggled for two years, we'd dismiss them as washed up. As Brian Rose redux. Why is Daisuke any different?

He's just not a good pitcher. He doesn't throw strikes. He needs 20+ pitches to get out of an inning. He taxes the bullpen. And who knows if he's healthy or hurt?

That's pretty much all there is to say about this game.