Bruins Have a Goldilocks Game (Only One Period Was Just Right) 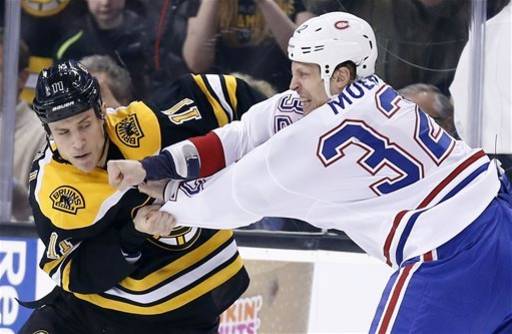 This was a Goldilocks game for the Bruins. The 1st period was too cold. The 3rd period was too hot. The 2nd period was just right. The Bruins only played one period at their absolute best. They were lackadaisical in the 1st. In the 3rd they were inconsistent and erratic. Only in the 2nd did everything come together.

The Canadiens were simply better last night. Not at playing hockey. They were better actors, better at deceiving the officials, better at falling down. I don't blame the refs. I blame the Habs for playing like twats, and I blame the NHL/LNH for not making embellishment an officiating priority. The NBA is trying to get diving out of their game. Why is their no emphasis from the NHL? The NHL is apparently more worried about interference. That's what has been the penalty of emphasis this season.

That being said, the Bruins dug their own hole in the 1st period. They were playing a team tired from a tough game the previous night, and they spotted them a 1-0 lead, then a 2-0 lead.

There was also another Andrew "Facepalm" Ference goal scored after Ference made a mistake trying to play the puck in the neutral zone. Ference has become my Detested One on this team. All true Bruins fans absolutely hate at least one player on their favorite team. Right now it's Andrew Ference. David Krejci is a close second.

The Bruins were undefeated last year when taking a 2 goal lead into the 3rd period. So maximum points from those games. This year they are 9-4-2. Out of 30 available points when up by 2 goals with 20 minutes to play, the Bruins have earned 20. That's unacceptable. Defense is a problem. Scoring has been a problem. Only playing 30 good minutes of hockey a game is a MASSIVE problem.

Bruins are in Philly Saturday.