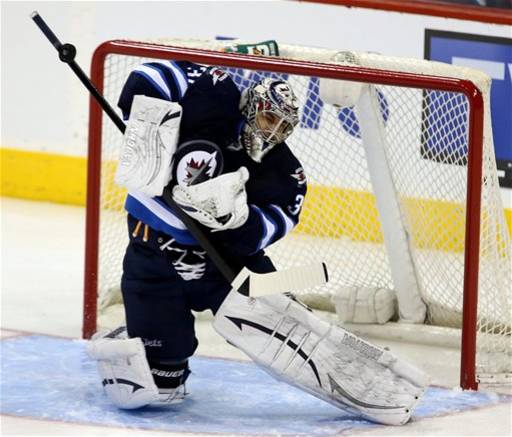 Can you lose a game because of your Power Play?

The ineffectiveness of the Bruins' Power Play is the primary reason they lost to the Winnipeg Jets last night. The Bruins were given multiple chances to add to their lead, and they never did. The best way to protect a 1-goal lead is to make it a 2-goal lead. The Bruins struggled to even get shots on goal with their PP unit, which is simply inexcusable.

How can you not get a single shot on goal in 2 minutes when you have 5 skaters and your opponent has 4? How is that possible? How is it possible to do it again?!?

Why is it that Ryan Spooner, in his 2nd career NHL game, gets 3:34 Power Play ice-time?

This lack of a minimally effective Power Play has cost the Bruins a handful of games this season. And I'm concerned that in the playoffs it might cost them 1 or 2 games in a series, and that will be the difference between advancement and elimination.

I'm becoming alarmed with two other issues the Bruins are having...

#1: Inability to hold leads in the 3rd period.

The fatigue issue raises a red-flag that is larger and brighter. Because there is no reasonable explanation for it. The Bruins are reasonably young. Other teams are playing similarly condensed schedules. And Julien prides himself on rolling 4-lines, not giving all the ice-time to just the top 10 skaters. And it's not as if Anton Khudobin is playing poorly when Rask rests.

This team is getting outworked, out-skated, out-everything late in games. And there's just no excuse for it. It's a job. Time to work.

Bruins are in Ottawa Thursday night.