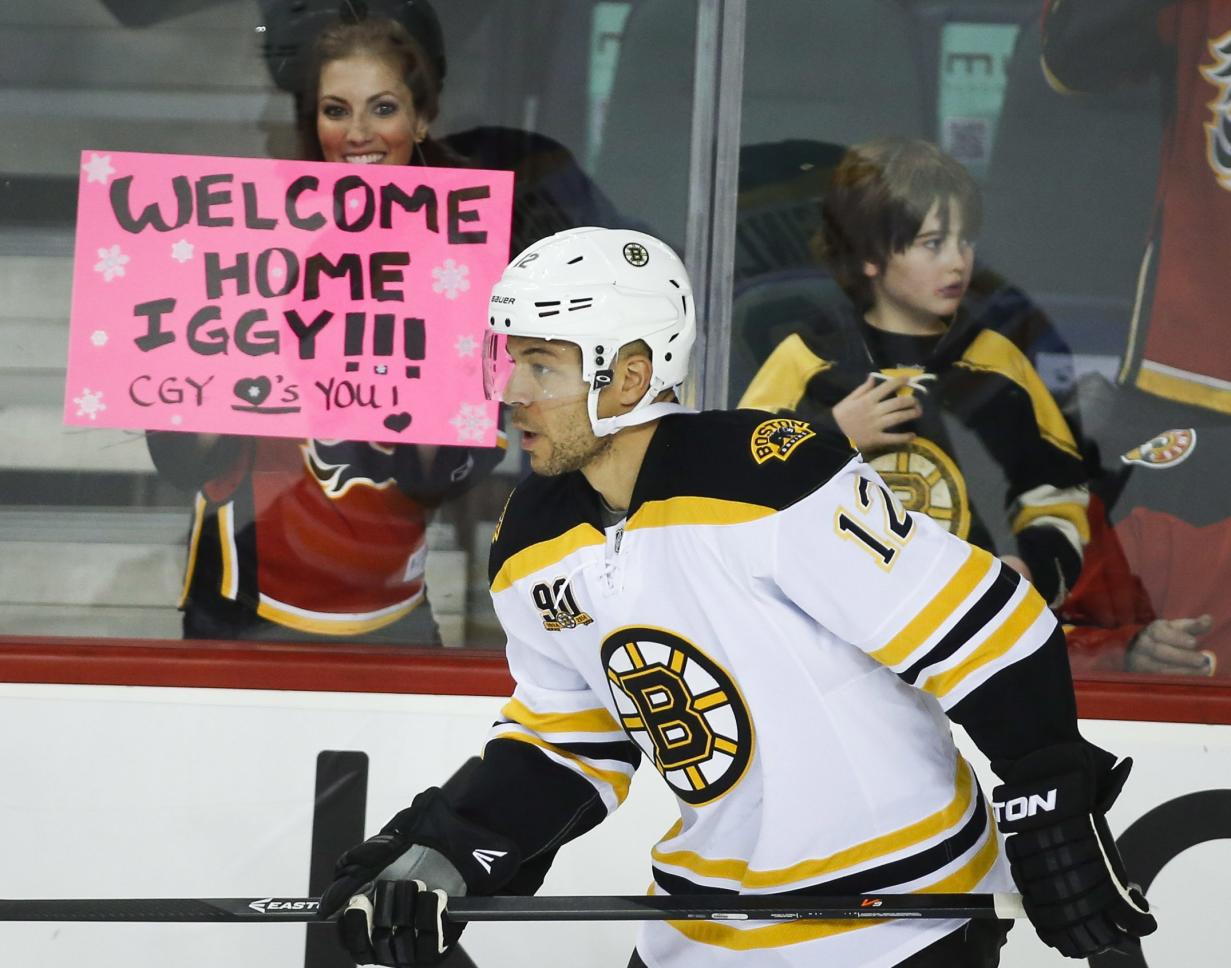 The excuses/explanations were pre-loaded for Tuesday night's Bruins game in Calgary. The B's were missing players due to injury and suspension. The flu was making its rounds through the locker room. It would be an emotional return to Calgary for Jarome Iginla. And so on.

After two periods of play it seemed as though those excuses would need to be deployed. The Flames had outshot the Bruins 22-9 and were up 1-0. Tuukka Rask had let in a soft goal. The B's were on track to lose to the second worst team in the West.

Everything flipped in the 3rd. Boston outshot Calgary 15-5. The Bruins capitalized on a delay of game penalty with a power play goal. David Krejci scored it but the goal was shaped by Torey Krug. Krug took advantage of space created when a Flames defenseman broke his stick and Mike Cammalleri surrendered his as a replacement. Krug's slapshot was tipped in by Krejci to tie the game 1-1.

The assist was Krug's 10th power play point of the season (4 goals, 6 assists). That leads the team (Krejci now has 8, Chara had the other assist giving him 7 on the season). Last year Krejci led the Bruins with 7 power play points.

The game-winning goal started in the Bruins' defensive zone as Carl Soderberg won a puck battle along the boards. Ryan Spooner found the puck then found Reilly Smith driving through the neutral zone. A patient and strong finish beat goalie Reto Berra glove side and the Bruins went on to win 2-1.

Give a bench assist to Claude Julien for mixing up the lines for the 3rd period.

Rask redeemed himself in the 3rd with a tough save on a mid-range backhanded shot launched by a spinning Sven Baertschi. The save came only 2 minutes after Smith gave the B's a lead, and with 2:30 left in regulation. That's what people mean when they say "timely saves."

The B's remain in Alberta and play the Edmonton Oilers Thursday night. The Oilers are the only Western Conference team doing worse than the Flames. If you're going to catch the flu, this isn't a bad time in the schedule to get it.