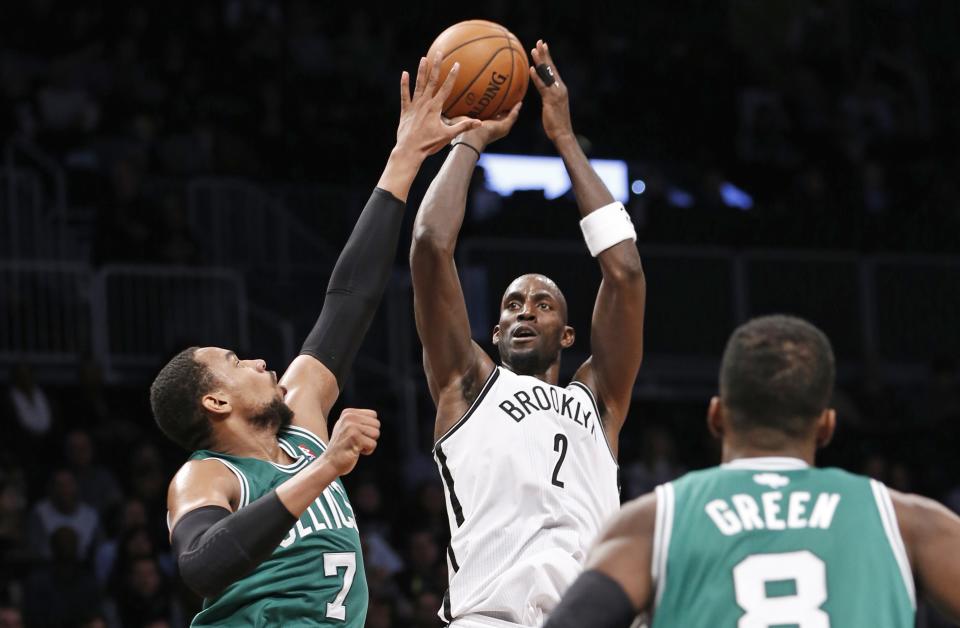 Before I talk about this game, I have to unleash a torrent of rage at Brooklyn's Barclays Center. They play way, way, WAY too much arena music. Every possession was either a cut from Jock Jams, or a rap song, or "Everybody clap your hands," or organ music meant to induce cheers and chants. There were maybe half a dozen possessions that you could actually hear the players, the dribbling ball, the squeaking sneakers, and the crowd. You know, basketball sounds. The rest of the game was a relentless cacophony of stadium soundtrack torture.

Before the game the storyline was that these two teams were in reverse positions from what we expected before the season. The star-studded Nets were in turmoil, the hodgepodge Celtics were thriving.

However, at least for one game, the preseason expectations became a reality. The Nets dictated play. The Celtics had extended stretches of poor shooting and mediocre defense. The C's kept themselves close thanks to their 3-point shooting. But they repeatedly allowed the Nets to build leads.

The Nets looked like the team that had everything in order, while the Celtics, at times, looked like a team in disarray. At other times the Celtics looked solid. Apart from a few big runs that the Nets went on (a 16-2 run in the 1st quarter, a 10-0 run in the 3rd after the Celtics tied the game 60-60, then an 11-2 run later in the 3rd), the Celtics held their own. They just didn't have the defensive force to stop Brooklyn on those runs, or the offensive ability to at least keep up with them.

Give the C's credit for keeping themselves in the game without Rajon Rondo. If Rondo plays, maybe things are different. At the same time, a healthy Paul Pierce probably contributes more than 4 points (all from free throws).

All glass-half-full sentiments aside, the Celtics were physically outmatched. The Nets outscored them 48-30 in the paint. Brooklyn also outrebounded the C's, and got to the line more often. That determined the game.

All five Celtics starters scored double digits, only Avery Bradley had more than 20. The Celtics bench only added 12 points (compared to 22 from Brooklyn's). Kevin Garnett scored 11 points and collected 9 rebounds against his former team. Paul Pierce scored 4 points off the bench. Deron Williams and Brook Lopez led the Nets with 25 and 24 points, respectively.

More reunions tonight as Doc Rivers and the LA Clippers come to the Garden.