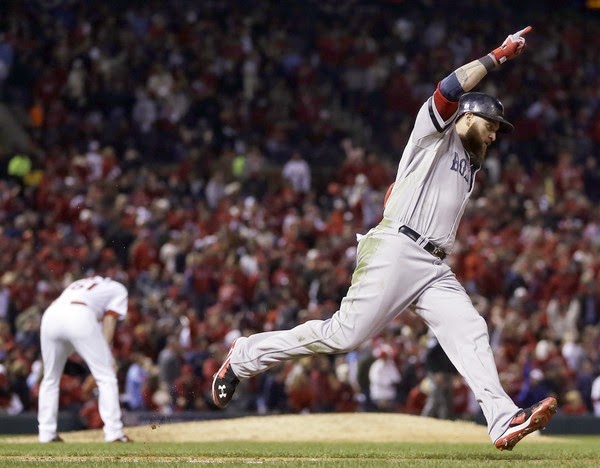 The Red Sox should do this with Jonny Gomes. Because Jonny Gomes saves franchises. He comes to town teams get better. He is to struggling ballclubs what John Taffer is to struggling bars. I discovered this history of teams improving once Gomes arrives through legitimate research. I'm surprised Gomes doesn't talk about it.

The Red Sox could send Gomes to a team looking for an heroic clubhouse presence, along with "cash considerations" (nudge nudge, wink wink) for a player to be named later. A few days after, that team could send Gomes back to the Sox as the named player. The Red Sox are almost guaranteed to resurrect their season, the other team gets a few bucks (and probably wins every game Gomes sits on the bench for them, deceiving the other team by pretending to get ready to pinch hit), everyone wins.

There's plenty of baseball left, and a few weeks ago we saw this team win a few games in a row and get right back into being almost close to the race. Jonny Gomes is the infusion of energy that this team needs to get over the hump and win 95% of its remaining games, with or without Jon Lester.