Packers should change their mind about retiring Brett Favre's number, then announce they'll retire it, then not retire it 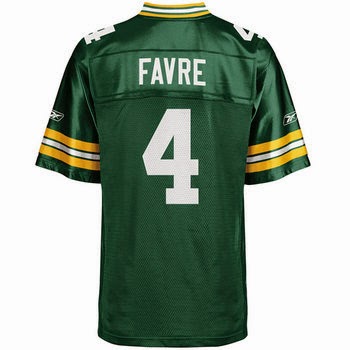 The Green Bay Packers will retire #4 in honor of overrated dick-pic sender Brett Favre. The QB who helped Desmond Howard win a Super Bowl and was praised throughout his career as if he had won multiple rings, will be honored by the team that he jerked around for years.

Brett Favre has the distinction of throwing more bad passes than any other player in NFL history.

He's still a Hall of Famer, though. In part because the Football HOF inducts about 33 guys a year. So I get the number retiring. Number retiring is difficult in football for some positions. Quarterback isn't one of them. You have 19 digits to choose from and only 3 guys need them. And no other player would dare wear #4 in Green Bay again, unless they wanted to take a serious run at all of Favre's records. Only an even more gun-slingin', river-boat-gamblin' risk taker could dare hope to throw as many picks as Favre.

I just want to see Brett Favre throw a hissy fit. Because that's one throw of his that probably won't be intercepted.

And years from now, how hard is John Madden going to try to pass away on the 4th of the month, or in April, just so the #4 is on his tombstone?