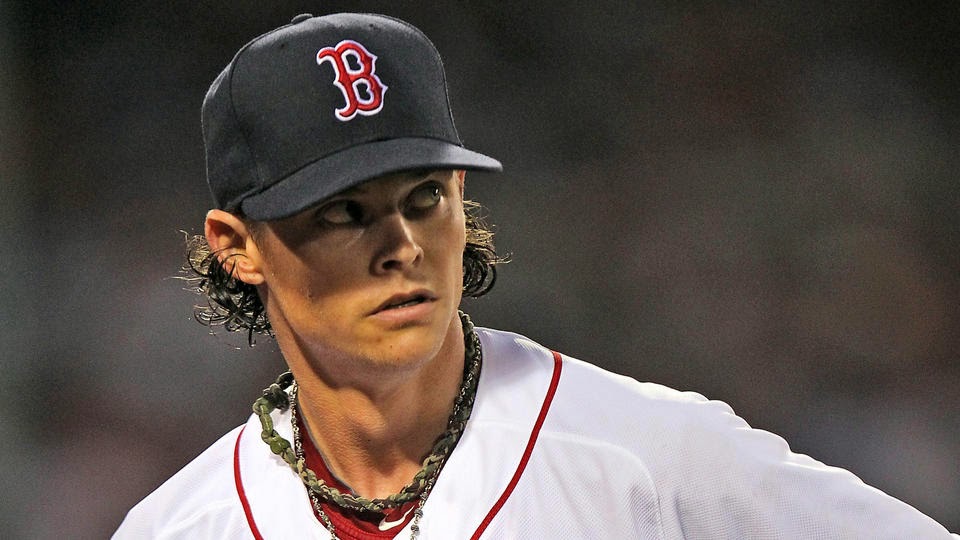 He's painfully slow. He doesn't throw enough strikes. When he does, they're meatballs right down the middle. He has no confidence. He's injury prone. He's fragile both physically and mentally. He'll cost $12 million in 2015. He turns 30 in a few days. There's no reason to want to see Clay Buchholz in a Red Sox uniform next spring.

Sunday night was another patented Buchholz turd burger. Twice he was given a 3 run lead. Twice he blew that lead. He walked 5, his third straight start with 4+ walks. Only 53.5% of his pitches were strikes. He threw first-pitch strikes to 14 batters, and first-pitch balls to 13.

And if he pitches like this in April 2015, he doesn't deserve to wear a Boston Red Sox uniform. He can be diagnosed with another phantom injury running to 1st base and be sent to Pawtucket to rehab for a few weeks. Or be traded. Or designated for assignment. Whatever the case, if he continues to pitch like this, he simply is not a Major League starter.

Maybe a move to the bullpen is in his future. I don't know how he'd respond to the different type of strain relievers go through. But as a reliever, he'd only need two effective pitches, not three.

There is a point at which you give up on Buchholz. And it's on the horizon. The next few weeks are meaningless in terms of wins and losses, so the Sox can let him inflate his WHIP and ERA with every start. The 30 seconds between pitches probably extend alcohol shutdown at Fenway a few minutes, increasing beer sales.

But he is essentially pitching to keep his job. If these struggles extend into next year, when I'm told the Red Sox will attempt to be competitive, then he must go.