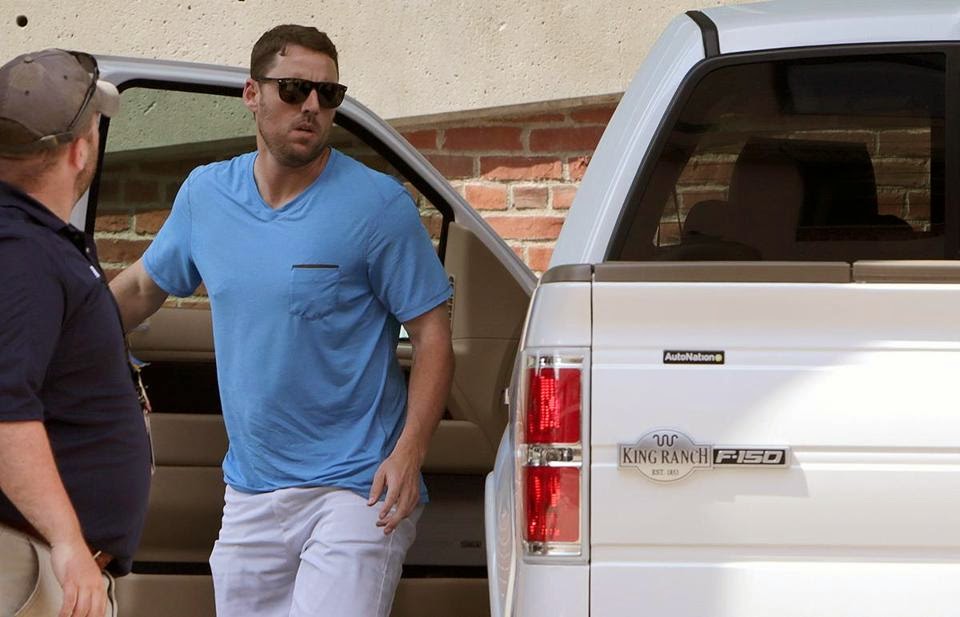 Two years ago could you have imagined that John Lackey would be the one dumping the Red Sox, and not vice versa?

Lackey made it clear that if the Red Sox tried to exercise their $500,000 option on him for 2015, there was a strong likelihood that he'd retire. But that option nevertheless increased his trade value. At the very least the option gave leverage to the Sox or any other team negotiating a contract extension. They could offer less than market value to Lackey, whose choices would be to accept a few million to pitch or retire once the $500k option was exercised.

Immediately after Lackey was traded to St. Louis, Ken Rosenthal announced that Lackey informed the Cardinals he would honor the $500,000 option, and not retire. Had Lackey told the Red Sox that he'd be willing to play for $500,000 in 2015, there's no way the Sox would have traded him. In essence, Lackey engineered this trade.

Remember when all of us wanted Lackey to be included with Beckett and Crawford in the Great Purge of 2012? Then last year we became Lackey fans as he helped the team win a World Series. And now he is the one who orchestrated his departure.

The Cards and Lackey might come to terms on a new contract extension anyway. But isn't it odd that this option was a point of contention for Lackey here in Boston, then he gets traded and it's no longer an issue? He did not want to stay here.

Lackey had enough of the Red Sox. The way the non-negotiations went between Jon Lester and the front office probably had a lot to do with that. Once the Sox started shopping Lester, Lackey wanted out. He gave the Red Sox an incentive to trade him, with the threat of future uncertainty if they didn't. He also kept his trade value up with his performance on the field, and by never threatening to retire if a team besides the Red Sox wanted to exercise his $500k option.

If the Red Sox were the Titanic, sinking slowly into the North Atlantic, John Lackey got himself a spot on a lifeboat by threatening to blow up half the ship if he wasn't allowed off.

And here's the kicker. The Sox included that $500,000 option when they signed him as a way to mitigate the risk of his elbow issues. The idea was that he might miss a long time due to injury (which he did), costing the team lots of money (which he did), but that the team would recoup the loss with a year of almost free service.

But it's the Cardinals who look to benefit from that nearly free year that the Red Sox paid for. The Sox bought the the insurance policy and made all the payments, the Cardinals are cashing it in. And that's because Lackey wanted to leave.