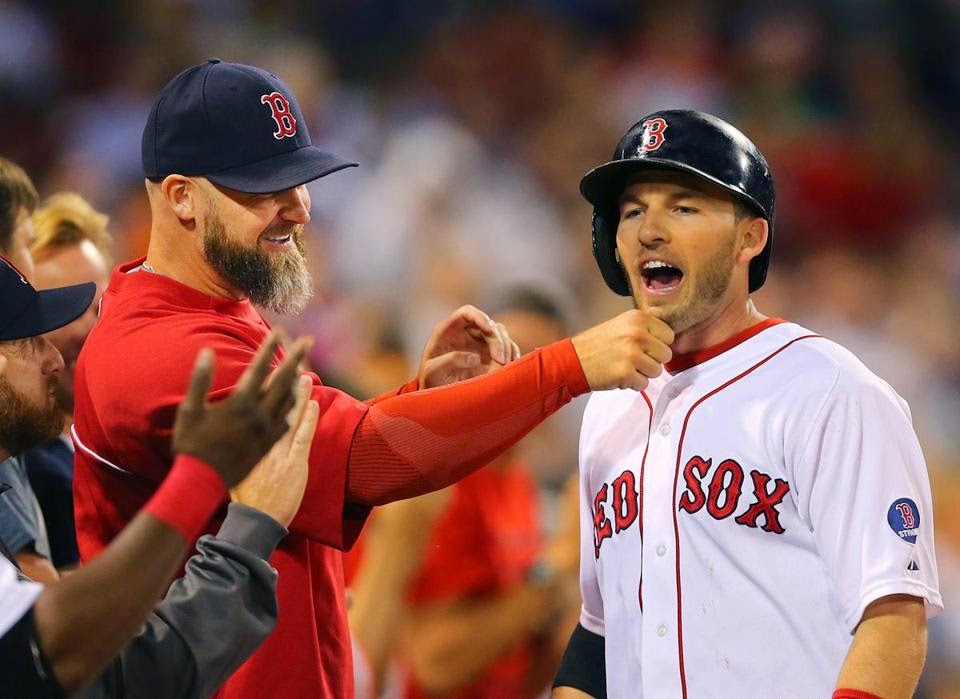 With Stephen Drew's departure in exchange for Kelly Johnson, it's time to look at how the Red Sox managed and mismanaged the short-stop situation in 2014.

The Sox should have anticipated defensive difficulties at short. Signing a defensive backup would have been a perfectly normal and prudent thing to do. That backup could have been used in the late innings of close games, especially games the Sox were leading.

I didn't mind when the Red Sox removed Xander Bogaerts from short-stop. He couldn't field his position, and you can't afford to have poor defense at short, especially when the offense is struggling to score runs. I don't care what the move might have done to Bogaerts' development or self-esteem. The Major League level is not the place to nurture prospects and worry about their confidence. It's the place to win games or lose them. Bogaerts' defense was not helping them win.

However, when Bogaerts' defense compelled the Sox to act, signing Drew was a completely wrong decision, utterly incorrect in every single way. Moving Bogaerts to third was also unwise. But he was hitting well when few other Sox batters were, and the Sox had no third baseman. In other words, because the rest of the team was sucking at the plate, and another young infielder (Middlebrooks) was having difficulties, Bogaerts stayed in Boston. But was moved to third. Drew was signed to play short.

If the Sox felt that Bogaerts' defensive issues were so critical that they were worth $10 million to address, they should have sent Bogaerts to Pawtucket to work on it, not sign an overpaid replacement and shift Bogaerts to an unfamiliar position he'd have to learn on the fly at the Major League level.

The Sox tried to play it both ways, removing Bogaerts' glove from short-stop, but keeping his bat in the Major League lineup. If only they could have sent his glove to Pawtucket and kept his bat in Boston.

It didn't work. Why would anyone think it would?

What the Sox truly needed at that time was flexibility in their infield. Again, a Kelly Johnson type of utility infielder could have been acquired as a defensive replacement for Bogaerts, and perhaps to play in Boston for a few weeks while Bogaerts focused on defense in Pawtucket. The solution was something cheap and flexible, like I like my women.

However, Stephen Drew did not bring flexibility, he brought abject inflexibility. Because he was going to play at short-stop. Period. And he was going to play every day because you don't spend $10 million on backups. Period. Drew even seemed to have a negotiated limit for how long he'd stay in Pawtucket getting ready to play in Boston.

And of course, Drew's bat was nonexistent, and Bogaerts' hitting went down the tubes as he shifted to third. Bogaerts' defense was still bad over there. The fiasco cost millions, defense at short improved but defense at third was degraded, and offensive production decreased.

Now Drew is gone. Again. Notice the increased flexibility in his departure. The Sox can make choices with what they want to do in the infield. Bogaerts will be back at short again. However I don't think this experience has helped his development. It certainly hasn't helped the Red Sox win games in 2014.

Stephen Drew is evidently worth a utility infielder on the trade market, who will make $3 million in 2014, instead of the prorated portion of $14 million that Drew was signed for. So why didn't the Sox sign a utility guy to begin with? Why didn't they pick up a defensive specialist at short? Why didn't they either keep Bogaerts where he was, or send him to Pawtucket to work on his problems without it hurting the team in Boston?

Stephen Drew wore a 7 on his jersey here. I think that should have been modified slightly to be a giant question mark.