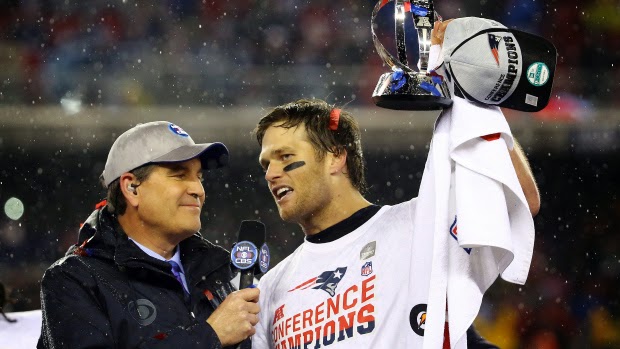 The Patriots beat the Colts 45-7 to win their 6th AFC Championship in the Brady-Belichick era. The NFL is investigating whether the Patriots intentionally deflated footballs to be used by their offense, which could have made them easier to grip in wet conditions.

As far as DeflateGate goes, until I stop seeing words like "investigate" and "alleged," and see words like "found" and "confirmed," then I'm going not going to give weight to the story. Maybe I'll talk about the paranoid defensiveness of Patriots fans, or the eagerness of the media to find a juicy story, or the conclusion jumping of people who don't like the Pats.

I could formulate a joke about sour grapes, and include some wordplay with "wine" and "whine," but I'd rather talk about this game.

If the Patriots had used Nerf balls, this game would have still been a blowout. LeGarrette Blount would have run for 148 yards no matter how many PSI the air pressure in the ball was. And Julian Edelman would have still ran past Colts defenders like they were standing in mud.

Anyone who put money on James Develin and Nate Solder catching Brady's first TD passes of the game, you're filthy rich today.

The Pats defense blanketed the Colts receivers, forcing a horrible game from Andrew Luck (12 for 33, 126 yards, 2 INTs). They also pressured Luck, which can be dangerous because he's very good finding open guys when he's on the move. But the coverage held.

Some fun stats that illustrate how dominant this performance was:

The only blemish was Brady's pick in the 2nd quarter, which turned into a penalty aided Colts scoring drive. And that one Red Zone trip (out of 7) that didn't result in a TD. 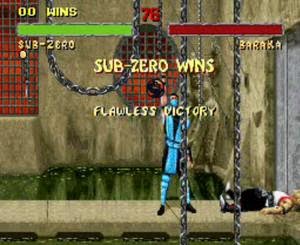 On to the two slowest weeks in sports: waiting for your team to play the Super Bowl.