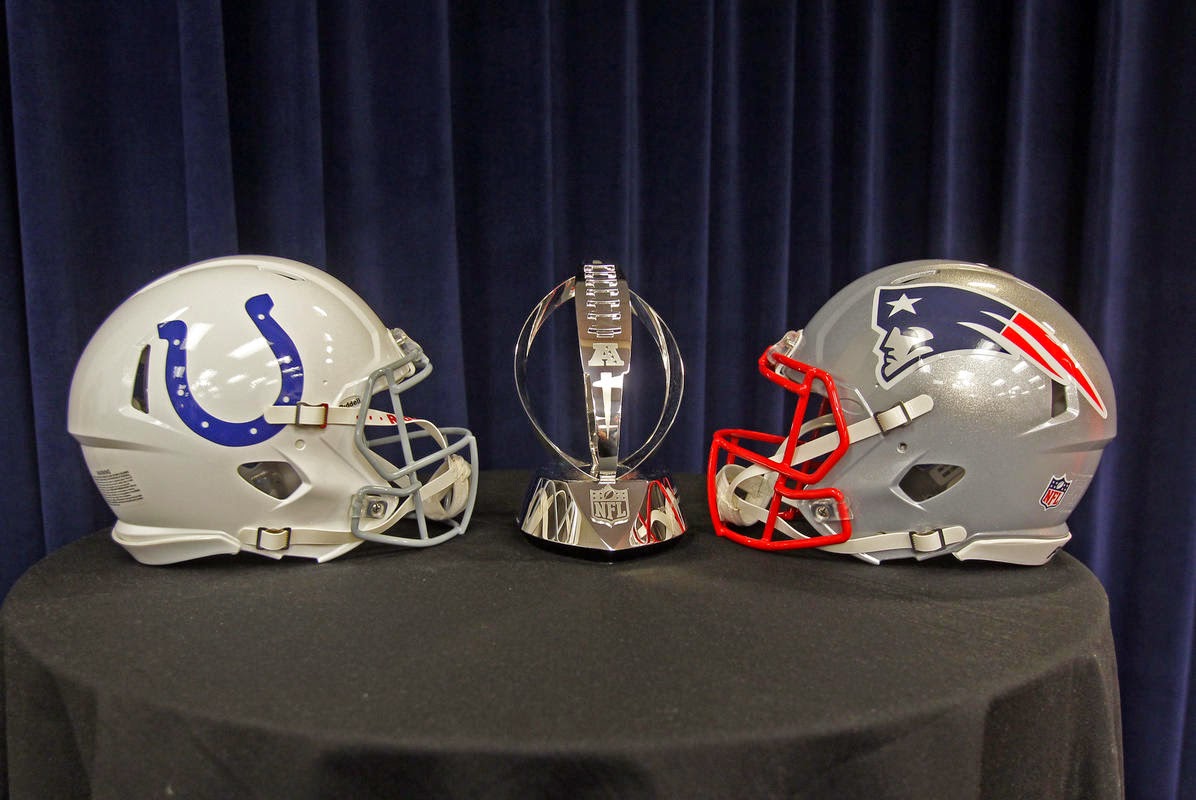 Another AFC Championship game. Another Patriots season that has extended deep into January, and hopefully into February. Another chance to do your job and get lubed up while watching the Pats do their job. Here's a drinking game to play while watching the game Sunday evening:


Anytime this happens:
Penalty = 1 drink
Penalty against Brandon Browner = 1 drink, 1 shot of liquor
Tom Brady points out the "mike" = 1 drink (if drinking Mike's Hard Lemonade (why?), you can command others to drink, this power lasts until the next play)
Brady says all or part of "Alpha Milk" = 1 drink (if drinking a White Russian, you can command others to drink throughout the game)
Brady says a word beginning with "F" = 1 drink
Brady says a word ending with "-uck" = 1 drink
The Pats go no huddle = 1 drink per snap
The Pats run, but it's not Jonas Gray = 1 drink
Rob Gronkowski spikes the ball = finish your drink, spike the container (bonus points for glass bottles)
Gronkowski spikes a Colt = drink an entire beer, last one to finish gets "thrown out of the club" (forced to stand outside for 5 minutes)
You're worried Gronk is hurt = alternate between drinking and praying, taking 1 drink from your beer between each word of prayer
Vince Wilfork makes a big play = 1 drink
Wilfork forces and/or recovers a turnover = 1 drink, 1 shot
Wilfork scores a TD = 1 drink, 1 shot, eat a turkey leg
The Pats block a kick/punt = finish your beer, take a shot
Touchback = 1 drink
Kick or punt return = drink during entire return
Matthew Slater makes a special teams tackle = 1 drink


Anytime this is on screen:
The number 12 (including the scoreboard and clock) = 1 drink
Highlights from previous Colts/Patriots AFC Championships = drink during entire highlight
Peyton Manning = drink for 18 seconds (if eating chicken parm, you can command others to drink until the next commercial break)
Aaron Rodgers = drink for 12 seconds, the last person to notice and start drinking must dramatically limp around for the remainder of the game
A trophy (including representations of trophies, such as graphics on the field, or handmade trophies held by fans) = 1 drink per trophy
Jonas Gray on the sideline = 1 drink
Ty Law = drink for 24 seconds
Tedy Bruschi = drink for 54 seconds
Troy Brown = drink for 80 seconds
Brady and/or Belichick's playoff record/stats = drink the entire time the graphic is on screen
Xavier Nixon (in person) = drink a 12-pack
A Boston College alumnus (Castonzo, Hasselbeck, Cherilus, or if you see one in the stands) = 1 drink
Bob Kraft = 1 drink
Kraft talking to someone = drink during the entire conversation
"Do Your Job" = 1 drink

So enjoy the game. Remember to get lubed up responsibly. And if you survive playing (which probably means you cheated), hopefully we'll be on to the Super Bowl.