Bruins once again turn it on when it matters most, which is starting to piss me off 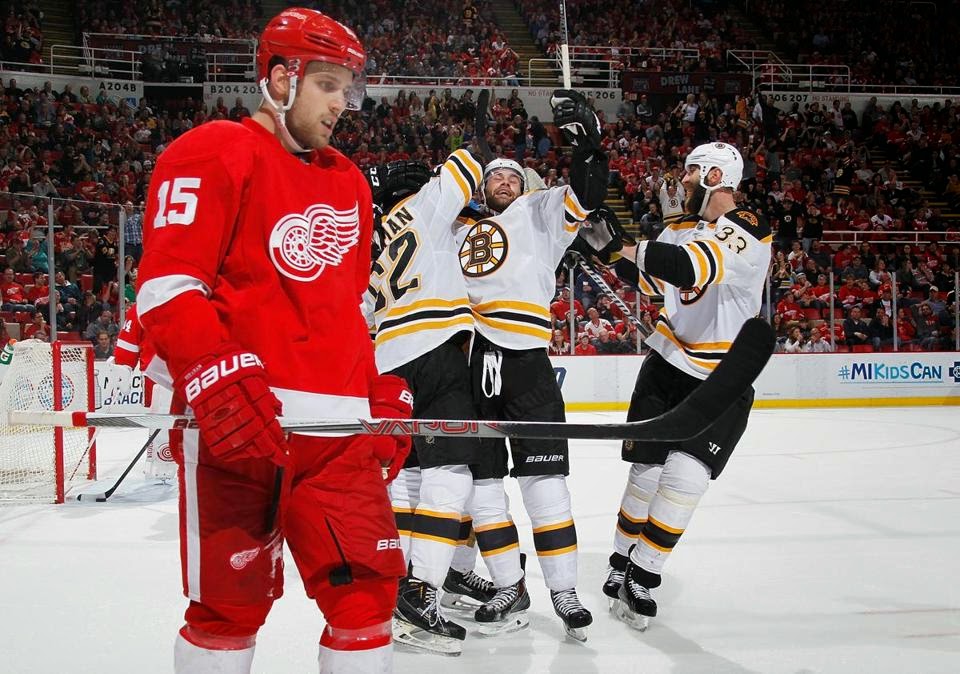 You're down 2-0 on the road against a good puck possession team. You're not supposed to win. Yet that's what the Bruins did against the Red Wings Thursday night. And that win could have significant playoff ramifications, as it puts the B's in a virtual tie with the Wings, who have a game in hand.

If the unlikely comeback wasn't enough of a surprise for you, how about the identity of the man who scored the game-winner? Zach Trotman. His first career goal.

I'm pleased that the Bruins won. Pleased, but not happy. I was momentarily happy when Trotman scored, and when Soderberg and Eriksson scored before that. I was happy the moment time expired and the Bruins won. But looking at the 60 minute performance as a whole, there's not much to be happy about.

Actually, I'm pissed that this Bruins team has an on/off switch, and its default setting is off. I'm pissed that to turn the switch, it takes a 2-0 deficit in the 3rd. I'm pissed that they either give it their all, or they give in. It's either full speed ahead, or full reverse with this team. And with a lot of the players.

Brad Marchand, Loui Eriksson, Carl Soderberg. Depending on which games you see them in, they either look like superstars, or 4th liners. There's no middle ground. There's no Goldilocks "just right" with them, it's either burning hot, or bone-chilling cold.

So I'm glad to see the Bruins turned it on late against the Red Wings last night. I'm also pissed that for two periods I had to watch them suck. And that it took two periods of crappy hockey for them to wake up and do their jobs.