Now that Braden Holtby is the new Bruins owner, maybe he'll do something about Chris Kelly's ice time 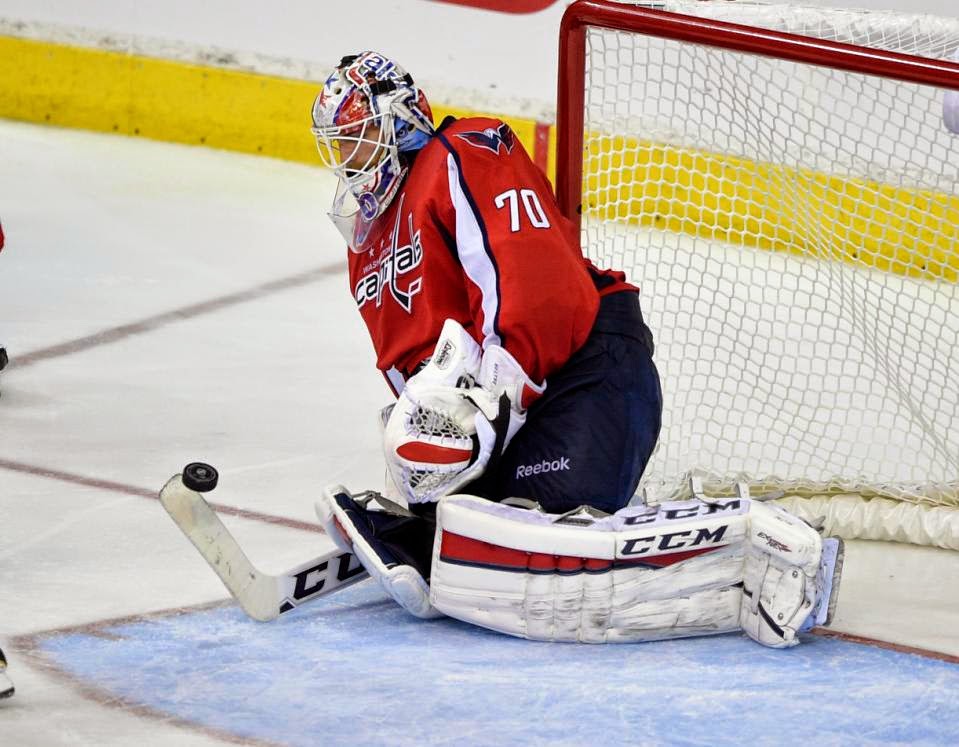 Braden Holtby now officially owns the Bruins. Three games this season, 3 shutouts, 88 saves. With the playoffs starting I don't know how active Braden Holtby will be in operating the Bruins' day-to-day operations. But hopefully we'll soon have a new GM, maybe a new coach, fewer reality TV shows, and please for the love of everything holy, less Chris Kelly. The Braden Holtby era of Bruins ownership has begun!

Give an assist (a rare one) to Kelly for Holtby's ability to acquire the team. Kelly had another goalless game Wednesday night. That's 25 in a row. He hasn't scored since February 13th. He hasn't had an assist since March 5th. And yet for some reason last night, with the Bruins down 3-0 in the 3rd period, Kelly got more even-strength ice time in the 3rd than he had in the 2nd or 1st. What the fuck, Claude?

There's nobody on this roster less likely to score a goal or contribute to a goal, and yet Claude Julien put him on the ice for the same number of shifts (6) as he had in the 1st and 2nd periods.

Chris Kelly isn't the only problem the Bruins have, nor are the Bruins' difficulties as simple to solve as reducing a defensive specialist's ice time when you need to score. But this is just baffling.

Down 3 goals in the 3rd, Kelly got 4:40 of even-strength ice time. David Pastrnak, who's scored 5 goals and 14 assists since Kelly last scored, was on the ice for 2:45. Kelly 4:40, Pastrnak 2:45. Are you kidding me? How is this even possible? I'm looking at the time on ice report on NHL.com and I'm thinking that they must have made a number of mistakes, as this is simply ludicrous.

Those players have 99 combined goals this season. Kelly has 7. And only 3 in 2015. Those are guys getting paid millions because they can score, and they're playing less than a guy who hasn't scored in 25 games.

I can't even think about anything else today. You're down 3 goals. You have 20 minutes of hockey and you must score 3 goals in order to secure a valuable point. You have 12 forwards on your bench. Some of them have 20+ goals this season. Some have been carrying you the past few weeks with their offense. And so you send a guy riding a 25-game drought on the ice more than most of them.

So please, new Bruins owner Braden Holtby, tell Claude Julien that he either needs to change the way he plays favorites with the most offensively inept player on the team, or he needs to find a new team.