These are the playoffs for the Bruins, and they're losing 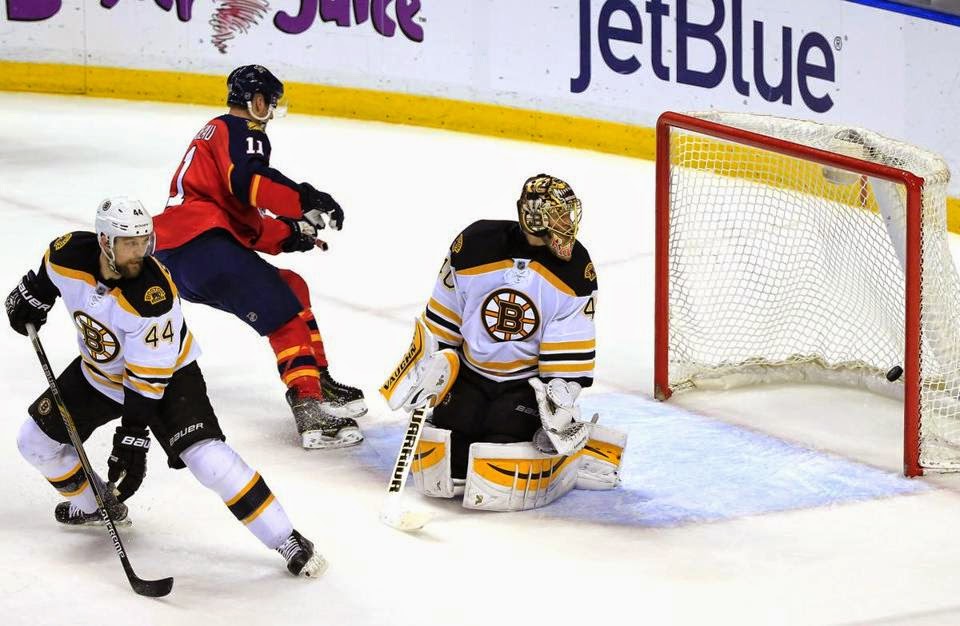 For the Bruins, the playoffs started Thursday night, because they're staring elimination in the face. If they didn't realize this before losing to the Panthers 4-2, they realize it now. The B's no longer control their own playoff fate. They need help or they're out. They could even be knocked out before they take the ice against the Lightning Saturday night.

Before this loss to Florida, the Bruins were standing next to the electric chair. By losing, they've sat down in it. Now they need a call from the Governor, or a last-minute power outage to escape.

It's a good thing Claude Julien gave so much rest to guys on Tuesday night in Washington. It's a good thing that Chris Kelly and Gregory Campbell were given so much ice time Wednesday. Because the B's really looked sharp and energized in the 2nd and 3rd periods.

Speaking of Chris Kelly, the goalless streak extends to 26. And he had 12:26 of even-strength ice time in this game. David Pastrnak had 9:52.

Maybe Julien is planning on murdering someone, and he's trying to establish an insanity plea. He's certainly driving me crazy.

And even if they get help, the B's will need to help themselves against the Lightning.

The Bruins were once in the driver's seat of their playoff destiny. Now they're outside of the car, and they need either the Senators or Penguins to give up their seats, or they'll get run over.