Patriots the most exciting team ever? 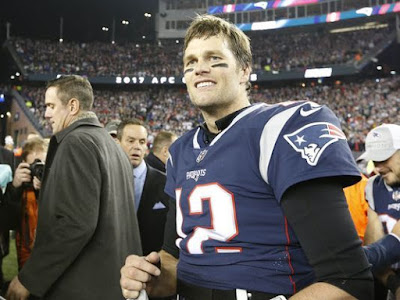 Are the Patriots from 2001-present the best team in sports history? Probably not. Definitely not. The Yankees dominated baseball for decades at a time. The Celtics in the 1950s and 60s were essentially unbeatable. Best team ever? No way.

But has there ever been a sports team as captivating as the Patriots? Has any team drawn so much interest or generated such passionate sentiment (good and bad)? Haters and fans alike gravitate to what's happening in Foxborough, Mass., as if there's some sort of natural magnetic force luring their attention.

And the on-field product is excellent, especially compared to the rest of the crap you see around the NFL. Despite being favorites in almost every game, the Pats find ways to play close, exciting football on the big stage. They've been a part of more of the best games you've ever seen than you realize.

They've won 5 Super Bowls, by an average margin of 3.8 points. Only 19 points separate them from 5-time champs to 0-time champs. And if you add the two losses to the Giants, the Pats have only outscored their SB opponents by a total of 12 points. That's an average of being +1.71 ahead per game.

Recently, there's Sunday evening's 4th quarter comeback against Jacksonville. The heavily favored Pats were underdogs with 15 minutes remaining, with no Gronkowski, and a QB with a cut thumb. Instant classic.

This coming off of last year's ridiculous Super Bowl comeback. And then two years earlier there was Malcolm Butler's goal-line INT.

Even when the Pats lose, they give America unforgettable games. David Tyree's catch does not get remembered as vividly by football fans if it had not been against the 18-0 Patriots.

The Pats are a gripping story between games as well. Has a thumb been obsessed over as much as this past week? What about ESPN's story about "trouble in paradise" among the Pats' triumvirate of Brady, Belichick, and Kraft? DeflateGate became a national network news story. So did SpyGate.

The Patriots are must-see-TV on Sunday, and water cooler talk all week.

So Pats fans, enjoy it. These times don't last forever so revel in how fun it is to see an exciting team play exciting games, and win them in exciting fashion.

And Pats haters, enjoy it too. When this is all over you'll find football less entertaining without villains like Brady and Belichick. Imagine Star Wars without Darth Vader, Batman without Heath Ledger's Joker, No Country for Old Men without Anton Chigurh. Pats haters are all Captain Ahabs, giving futile chase to White Whales. Little do they know that without a whale to chase, things will get a lot less interesting.