NOT WORTH STAYING UP FOR 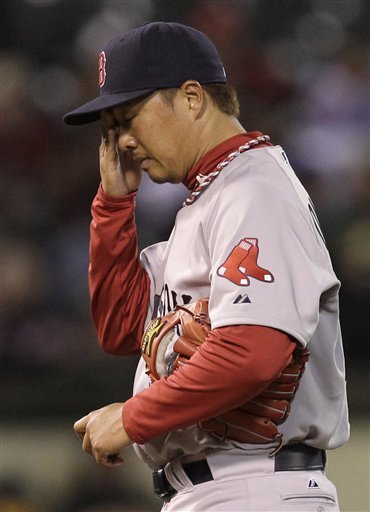 Well John Lackey registered his first good start of the season. Not so surprising considering his record in Oakland and against AL West teams. Oakland also has a poor offense. It's just a shame that the Sox' batters and bullpen had to let such a fine start go to waste.

Is it me, or are 90% of starting pitchers lefthanded these days? It seems like every day the Sox are facing a southpaw. And therefore half the lineup is either on the bench or ineffective.

The Sox managed a mere 5 hits, all of them singles. They were 0 for 3 with runners in scoring position. We've seen them hit against Toronto's stable of forgettable pitchers, but against good arms, they're really struggling. When Lowrie and Pedroia aren't getting 3 hits a game, there's little chance for any scoring.

I don't understand why Lackey was lifted after only 93 pitches through 6 innings. Was it to save his confidence? Take him out of a game while he's doing well, instead of risking a confidence crushing collapse? I hope not. He was cruising. And the Sox' bullpen sucks. Wheeler did well, but then Okajima put the game out of reach.

The bullpen is still my biggest concern. All five starters have given at least one impressive performance. Except Buchholz, and he'll likely cut through Oakland's lineup this afternoon. And hitters like Youkilis and Crawford will assuredly raise their averages well over .200. But this bullpen... who knows? They might be this terrible for the duration of the season.