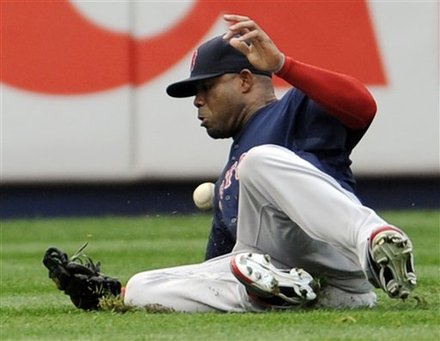 One little fact that demonstrates how messed up this team is. Last night, Ryan Lavarnway was hitting 5th. JD Drew was hitting 6th, and Carl Crawford was hitting 8th. Lavarnway is a rookie, who started the year in AA Portland. The 24 year old catcher had 35 career MLB at-bats coming into last night's game. Yet he was hitting ahead of two veteran outfielders making $14 million and $14.9 million, respectively. And nobody seemed to think that it was a bad idea. That's how disappointing and overpaid Drew and Crawford are. Against a righthanded starter, these two lefties were below a righty, rookie catcher.

Another sad fact was the Sox' alleged effort to acquire Bruce Chen to pitch in Game 163. It might have been just rumors, but instead of putting a $16,000,000 pitcher on the mound (Lackey), the Sox were apparently trying to get a $2 million man from Kansas City.