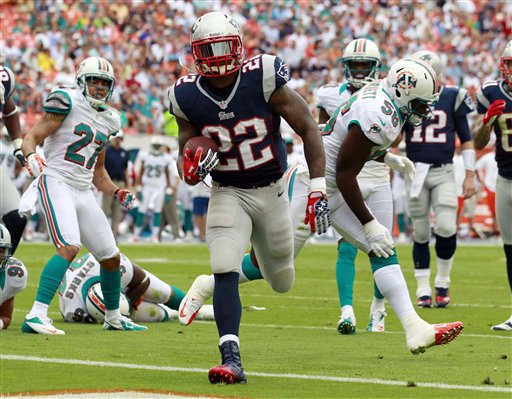 The Patriots have now won 10 AFC East titles with Bill Belichick and Tom Brady. This franchise won 5 divisional titles before Belichick and Brady. The team's total has tripled to 15 since then. What was once exceptional and rare, has become expected and routine.

It's just a step, though. They don't award rings or throw parades for divisional titles.

One positive to take from this win is that the Patriots can rush the ball. Maybe not at will. But when the opportunity to move the ball on the ground is there, they're capable of capitalizing. Steven Ridley's 19 carries for 71 yards put him past the 1,000 mark on the season. He accumulated a good chunk of those yards on a clock killing drive in the 4th. That drive secured the victory.

Another positive is that despite injuries in every department, this team is able to find ways to win. As not-pretty as this win was, it was without a Pro Bowl tight-end, two offensive linemen, a talented rookie defensive end, another good defensive end, and so on.

Some negatives include Stephen Gostkowski. He's missed 3 of his last 7 field goal attempts. He's 80.1% on the year which is 21st in the NFL. All 5 of his misses have been between 30 and 49 yards, so these are kicks that an NFL kicker should make.

Speaking of inconsistency, the offense that spoiled us with 40+ point games struggled to move the ball at times yesterday. Give significant credit to Miami's pass rush for that.

For this team to be successful, everyone needs to do their job. The field goal kicker needs to kick field goals. The wide receiver needs to catch the ball. The defensive players need to prevent points.

When everyone does their job this is the best team in the NFL. From this point on, it's all a question of execution.