Before I get into the game, let's watch this...

Okay, there's no way any normally balanced human being cannot be smiling after watching that, so let's talk about the latest Patriot playoff disappointment. 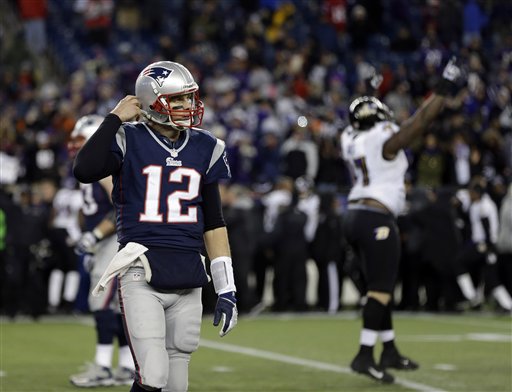 Last week I wrote a post stating that if the Patriots play their best, I didn't see how Baltimore could win. Unfortunately, the Patriots did not play their best. Far from it. Dropped passes, poor clock management, and poor offensive execution in the Red Zone and on 3rd downs. And the Ravens, ravenously capitalized.

The injury to Aqib Talib exposed how shallow the Patriots are at CB. How many NFL teams would have Kyle Arrington as a starting CB? How many would have Marquice Cole on the roster at all? Hopefully in the 2013 season, the Patriots will not be one of those teams.

When was the last time this team won a tough playoff game? Last year's AFC Championship was tough, but Billy Cundiff helped. The week before that they demolished Denver 45-10. The last difficult playoff game the Patriots won without the help of a choking kicker was the 2007 AFC Championship against San Diego. That seems like a lifetime ago.

This team has the talent to contend for Championships every year. Their execution, however, is inconsistent. Wes Welker had a great game, but dropped a huge pass on 3rd and 7. Brandon Lloyd could have made a few more catches. Tom Brady threw more than a few balls off the mark.

And give credit to Baltimore. They took advantage. They swatted Brady's passes, their offense adjusted in the second half, they deserved to win.

I can't wait for training camp.