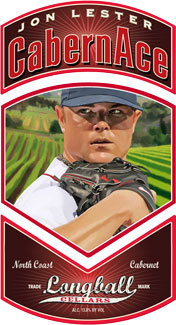 What was your date in the Red Sox Whining Pool? Which player did you pick to be the first to complain about something this season? If you had February 9th and Jon Lester, you win the jackpot.

"What next level is there? That's the thing that frustrates me. People don't consider me an ace or don't consider me a front-line starter. Well, when there are two other pitchers in all of baseball who (won at least 15 games four straight seasons), what am I? That's my argument to it. What extra level is there to it? Am I supposed to win 25 games every year? It's not possible."

That's Jon Lester in a Rob Bradford column from Saturday.

Even with the departure of Josh Beckett and Bobby Valentine, there is still so much to not like about this team's attitude. Lester is complaining about how he's perceived and the lofty expectations people have of him.

Guess what, Jon, this year you're not expected to win 25 games. We expect you to win more games than you lose, win more than 10 games, have an ERA below 4.00, a WHIP below 1.300, allow 20 HRs or less, and allow less than 100 earned runs. These are things you failed to do last year, but used to do every year. I don't think these goals are asking too much.

Last year, perhaps your preseason griping was legitimate. You were a solid, consistent #2 pitcher, and some expected you to be more than that. Maybe that was unfair, maybe it was just optimism. Nobody disliked you for being a perennial 15 win, 3.40 ERA pitcher. Nobody booed you, criticized you, or felt like you weren't trying 100%. They were hopeful to see more because they liked you and thought you could do it.

This year, oming off a 9-14 and 4.82 ERA season, is not the time to moan about people expecting too much from you.

Aces don't whine, Jon. Aces don't recite their stats to prove they're Aces. They don't keep track of how many other pitchers had four straight 15+ win seasons and then brag about it (especially after a 9 win season). They just pitch.

And that's all I want you to do. Stop pumping your own tires, shut up, and pitch to your capability.