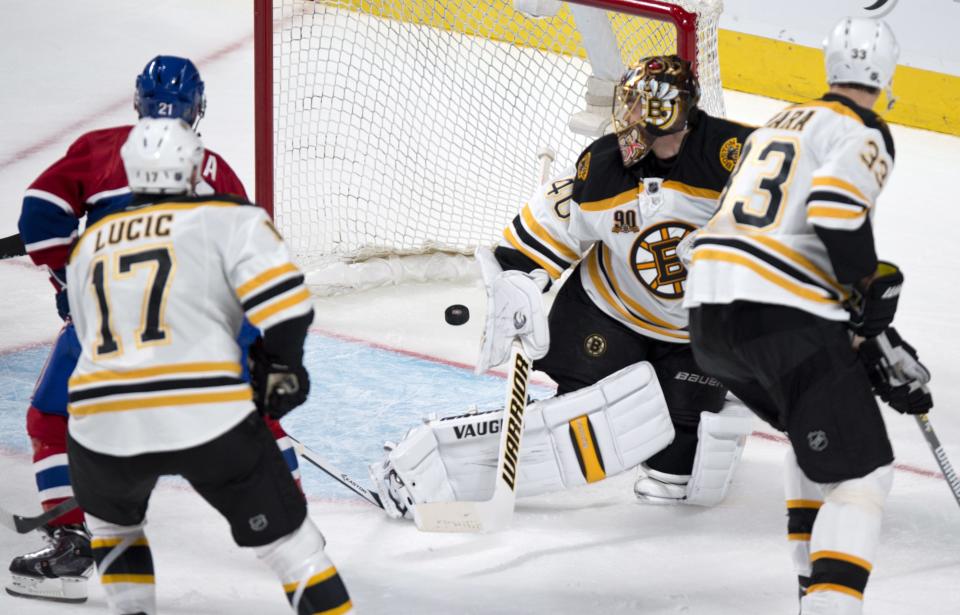 The Bruins seemed to approach this game waiting to see what Montreal would do and then react to it. The Canadiens came into Thursday night riding an 8-game point streak. And, surprisingly, they've also been fighting a lot. This was a different Montreal Canadiens team than the Bruins were used to. And the B's didn't seem to know what to expect. So instead of being assertive, they reacted.

Montreal was physical, selectively so. PK Subban frequently jousted with Brad Marchand, for example, not with Milan Lucic. There were some penalties, and a few post-whistle scrums, as well as a fight, but it wasn't the bloodbath some had anticipated/dreaded/hoped for. I wouldn't say that the Habs won the physical matchup, however they were not scared by the Bruins. They didn't let the Bruins affect how they played. Historically, when they've been able to play unaffected like that, they've been a difficult opponent for the B's to beat.

It helps that Carey Price had an amazing game. None of the Bruins were able to truly beat him. Gregory Campbell scored on a breakaway and Price had no chance of moving side-to-side fast enough to stop the shot. He stopped the 32 other shots he faced, carrying the Habs to 2 points, and to first place in the Atlantic Division.

Some good news from the game is that Johnny Boychuk was released from the hospital and cleared to travel. In the first period Max Pacioretty hit him at an awkward angle from behind near the boards, and Boychuk went into the dasher collar-bone first. He was taken off the ice by stretcher and transported to the hospital. Pacioretty received a 2 minute minor for the hit. I would have given him 4 (2 for boarding, 2 for roughing). I don't think he should be disciplined further. It was a weird hit, somewhat reckless, but not worth throwing the book at Pacioretty.

There's no word how long Boychuk will be sidelines for. At least he's out of the hospital.

It was a cleaner game than I thought it would be. I don't think the Bruins took the initiative. They let Montreal dictate things. Hopefully they will be more assertive when these teams meet again. Which isn't until January 30th. Isn't that lame?