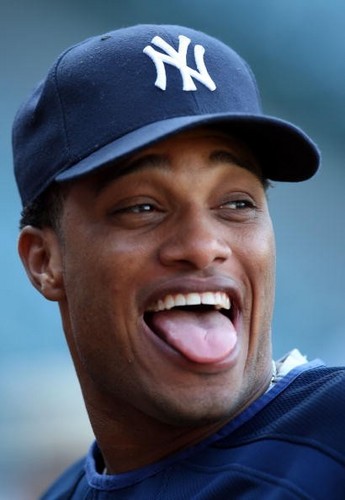 I was literally a second away from publishing a post bashing Jay-Z and Robinson Cano for trying to make the Mariners bid against themselves for Cano's services. Cano had been offered $225 million over 9 years, then Jay-Z reportedly demanded $252 for 10 years, and outraged Mariner ownership stormed away from the proverbial table. The Yankees had offered Cano $170 million for 7 years.

And just as I was on the verge of clicking "publish," I heard that the Mariners and Cano had agreed to a 10-year deal worth $240 million. And that makes sense based on the other numbers. Cano gets less per year, but gets an additional year.

It's an insane deal. Cano is a great player, a potential Hall of Famer, but this pays him until he's 40. Many baseball contracts are becoming insane. It's only a matter of time before we see $300 million deals for top players. One day we will see a $400 million deal.

But the Mariners are much, MUCH better with him. And the Yankees are much worse without him. And the Yanks also look quite dumb for giving Ellsbury $21.9 million a year but not giving Cano $24 million a year. Cano was the entire Yankee offense last year. And now Ellsbury is their best hitter. Taking Cano out of the 2013 lineup and putting Ellsbury's numbers in, Ellsbury would have led the Yankees in average, OBP, SLG, and OPS. Cano has hit almost as many homeruns in the last 2 seasons as Ellsbury has his entire career.

Anyway, I'm just happy Cano is out of the AL East. That's really all that matters.