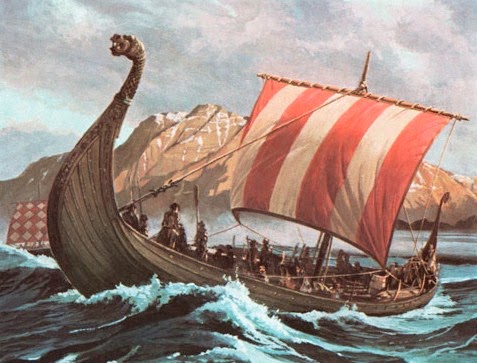 As far as historical figures go, Christopher Columbus is probably the last guy who deserves an entire day devoted to him. We all know about exploitation and killing of Native Americans. That's all been said by annoying people who want to rename this day "Indigenous People's Day," as if that will atone for centuries of wars and broken treaties.

What really pisses me off about Columbus getting his own day is that his historic significance is a result of his colossal, towering stupidity.

In 1492 most educated people knew the world was round. The Greeks had figured it out centuries earlier, and had even accurately calculated the size of the Earth. Columbus dramatically misinterpreted those calculations, and thought Japan was much farther away from China, which was based more on hope than on science.

Columbus convinced himself that his voyage from Spain to Japan would be 2,300 miles. It would have been 12,200. And no ship built in 1492 could carry enough food and water for such a long journey. Had Columbus not bumped into the New World, he and his men would have starved. They probably would have resorted to cannibalism, and the voyage of 1492 would go down in history as a horror story, alongside the Donner Party. Christopher Cannibalumbus.

Even after Columbus' great discovery, he was too much of a close-minded fool to admit he'd found a new continent, and never acknowledged that the Americas weren't part of Asia. That's like Neil Armstrong telling people he'd landed on the North Pole. This great discoverer didn't even know he had discovered something.

And as far as genocidal European conquerors go, Columbus wasn't very good at his job. He ruled his new colony as a bloody tyrant, brutally punishing both Natives and Europeans alike, even for just speaking against him or his family. For this Columbus was removed as governor of the West Indies. He was fired for brutality by the people who were running the Spanish Inquisition.

So he was a bad but lucky navigator/explorer. He was too stupid to realize his own discovery. He was a bad governor. And his own people hated him. Yet we here in America have a day for him. Doesn't make sense.

Instead of honoring Columbus, we should honor Vikings. Let's change this holiday to Viking Day! And here's why:

Vikings were the first Europeans to make the trip, and they did it 500 years before Columbus.

Vikings were honest about their pillaging. They didn't justify it by claiming they were spreading religion. Columbus saw himself as spreading his religion as he had people tortured and killed. Funny, that's how ISIS see themselves these days. Columbus=ISIS. ColumbISIS.

Fewer protests and arguments. Obviously Native American groups and the legions of white celebrities and grad students who think they speak on their behalf, would have less to complain about. And I don't think Viking-Americans would get offended. Furthermore, if your ancestry is Scandinavian, British, French, Irish, Russian, you probably have some Viking ancestry too. They even went to Spain, Sicily, Turkey, all over Europe. You can be racially offensive about your own race and/or the race of the majority. Those are the rules.

Finally, Viking Day would be more fun. We could all dress up as Vikings. Adults could drink heavily in large drinking halls, or prowl the coastline in longboat booze cruises. Children could "pillage" their houses for toys and treats hidden by their parents. It would be a Nordic St. Patrick's Day. So much better than the boring Columbus Days we have now, which are just an extra 24 hours to rake leaves.

So let's do some exploring and discover Viking Day!