Red Sox assemble a rotation of mediocrity and question marks 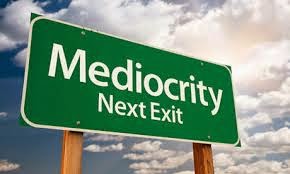 Thursday morning the Red Sox didn't really have a rotation. By sundown, they had one. Unfortunately it's a mix between mediocre innings eaters and unpredictable question marks who might win 17 games or fail to make 17 starts.

Wade Miley and Rick Porcello are painfully uninteresting and average. Miley is a gray Nissan Maxima and Porcello is a beige Toyota Corolla. They just blend in. There's nothing thrilling about them, but they're not bad either. You don't covet them, but you're happy to have them.

I actually like each of these acquisitions. Each of these guys is decent, or has the potential to be good. The individual moves are fine. It's the mediocrity of the rotation as a whole that enrages me. The Boston Red Sox, one of the premier teams in baseball, with tons of money to spend, don't even have a legit #2 in their rotation? Really?!?

Wade Miley is a 28-year old lefty. That means in 2 years he'll be too old for the Red Sox to consider good. He went 8-12 last year with a 4.34 ERA in the National League. The most impressive part of his resume is that he's pitched 190+ innings the past 3 seasons. To be fair, he did play in a hitter friendly ballpark in Arizona and that seems to have had an impact on his numbers. He had a 5.61 ERA at home and a 3.17 ERA on the road. Eighteen of the 23 homers he allowed were at home.

But Fenway is hardly pitcher-friendly. He's a middle of the rotation guy whose fastball peaks at 91. I'm not impressed, I'm not disappointed.

Rick Porcello was acquired by trading Yoenis Cespedes to Detroit. So he's essentially the parting gift the Sox got for losing Lester. Porcello had the best year of his career in 2014, with a 3.43 ERA and 15 wins. He has post-season experience, but it isn't good. His good 2014 numbers might be the start of a new trend in his career. If so, he could turn out to be a good #2 starter. Or his 2014 performance might be an aberration and he will revert to the 3/4 guy he has been for most of his career.

So as of Thursday afternoon the rotation looks like this:

This is the Boston Red Sox. This is a big market team with money, history, prestige. And THAT'S the rotation?!?

Imagine the potential playoff rotation. Buchholz facing the other team's ace, Porcello against a legitimate #2, Joe Kelly pitching in a possible elimination game. That's if Buchholz is healthy or effective. It might be Porcello, Miley, Kelly, with Masterson starting a game 4. Yikes. At least Miley will eat up those playoff innings. That's what you want in a short series: question marks and innings eaters.

Maybe you don't get both Porcello and Miley. Who cares. You put an ace or a semi-ace up at the top, and it looks so much better. Especially in a playoff series. You depend less on Buchholz being healthy/effective and on Porcello bringing his 2014 success to 2015.

Everyone in the rotation should be given a number with 3 in it, because that's what most of them are.