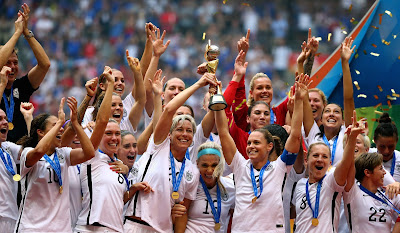 Team USA reclaimed the Women's World Cup on Sunday with an impressive 5-2 victory over Japan. The USWNT (US Women's National Team) was so dominant that they scored as many goals for Japan as the Japanese did. It was a perfect way to end the 4th of July weekend.

I like our women's team so much more than the men's team. And here's why:

The women win:
I don't expect the men's team to defeat the likes of Germany or Argentina and win the World Cup. But beat Ghana, please. I don't think that's asking too much. Beat teams that you're supposed to beat, and then don't act like it's a major achievement to beat them. It's embarrassing to be an American and be surprised that the US men's team barely beat Algeria.

The women won't settle for less than victory:
I hate when the men's team gets praised for losing a close game to Germany. Or ties Portugal, or loses to Belgium, and gets even more praise. There's no shame in losing to Germany, but it's not something to boast about either. After these World Cup games last year, American pundits lauded Team USA for not getting annihilated by the Germans, for scoring 2 whole goals against Portugal, and for taking Belgium to extra time. Why don't we just do what the Colts do and put up banners commemorating all of these glorious defeats? Since when do we celebrate losing in this country?

Unlike the men, the women's team won't get praise or glory unless they win. And that's the American way.

No Landon Donovan:
I hate Landon Donovan. Overrated, under-performing, and completely infatuated with himself. There's no doubt that he's the best American player of all-time. And he knows it. The thing is, being the best all-time for a country that didn't qualify for the World Cup for 4 decades isn't too amazing. It's like climbing the highest "mountain" in Kansas. 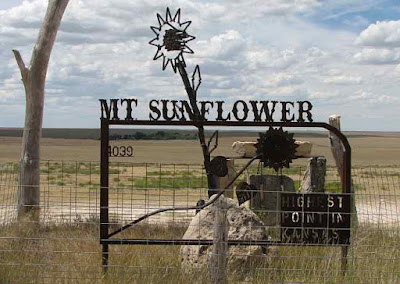 At the global level, Donovan simply wasn't that great. He's scored a couple of goals in World Cups, the biggest being against the mighty Algerians. Wow. For major European clubs he scored 2 goals in 28 games. Yet US Soccer people talk about him in reverence and awe. They worship Landon Donovan. Both Donovan and his fanatical supporters make the US men's team very annoying to watch.

In contrast, the USWNT had lots of star forwards in this tournament, but eventually went with a single forward lineup. Because teams win championships, not individuals. Good luck convincing Landon Donovan of that.

Less diving:
This probably also applies to all the other teams at the Women's World Cup, who seemed to dive less than all the teams in men's soccer. As well as all NBA teams. Maybe the women dive less because they feel more motivation to show their toughness and strength. Whatever the reason, it made watching the game more enjoyable.

They're hot:
This isn't sexist. Female sports fans get to cheer on their favorite male athletes while also getting turned on by them. How many women in New England get excited to see Gronkowski score a touchdown, then even more excited when he spikes the ball? Derek Jeter, Tom Brady, David Beckham, they've all been making female fans get flustered. So it's not sexist for me to enjoy seeing Alex Morgan score while also thinking about scoring with Alex Morgan. 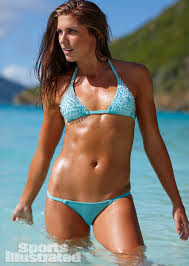 In order to remain classy, I decided not to use one of the multitude of Tom Brady ball deflation jokes I came up with.

They're the best:
It's hard to be the best at something. Striving to be the best is what America is all about. We're a country that's simultaneously the fattest in the world AND wins the most Olympic medals. Everything we do, we want to be the best at it. And these women were clearly the best.

So congratulations to the USWNT for winning the World Cup. And thank you for being more likable than the men's team.