College Football Playoff needs to add a 5th team, and a play-in game 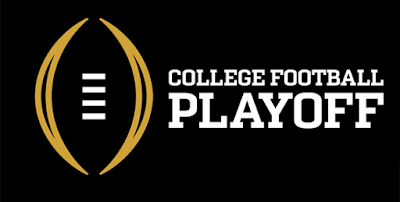 Alabama vs. Ohio State is more exciting as a football game than an argument. I'd much rather watch these two teams determine the 4th playoff spot on the field, than watch sports pundits argue about it.

It's clear that the College Football Playoffs are a vast improvement over the BCS, but a modest increase in the playoff's size could yield a big increase in entertainment and drama, while still preserving the importance of the regular season.

I've always wanted a 6-team college playoff, with the top 2 receiving byes, and teams seeded 3 through 6 having to play an extra round. But now I'm thinking that 5 teams would be even better, with just one play-in game. Having just one play-in game is somehow more captivating. It's also not a 7 hour time commitment to my TV.

Forcing the a team to win an extra game for a playoff spot makes sense as the 4th and 5th teams typically have some blemishes on their record they need to atone for. They perhaps didn't win their conference, or have 2 losses, or are a non-power conference team like UCF. They could prove their worthiness by winning the play-in game, which is much more convincing than a panel or algorithm deciding they deserve a chance to win it all.

And a 5 team playoff maintains the importance, and subsequent drama of the regular season. It might even add a little more urgency and excitement, as title contending teams strive to ensure a spot in the top 3 to avoid the extra game, and more teams would have a reasonable chance at making the playoffs.

The play-in game could be played a week after the conference championships, and be hosted by the #4 seed to ensure good ticket sales and an intense college football atmosphere. It would also give us the treat of seeing powerful programs from different parts of the country forced to play each other outside of neutral locations. Or it could pit conference rivals against each other in a game with a national title shot on the line.

So this is what we'd get with a play-in game:


Just ask yourself, would you rather watch talking head sports pundits argue about Bama and Ohio State, or watch the Tide and Buckeyes figure it out for themselves in front of 100,000 fans in Columbus or Tuscaloosa? Which do you think would get better ratings, the game or the selection show?