Steelers lost when they took timeout before that controversial call 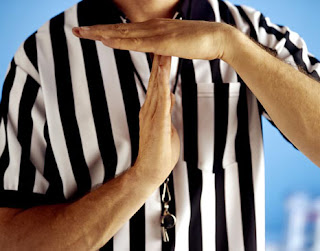 After JuJu Smith-Shuster's 69 yard catch and run and with 34 seconds on the clock, Ben Roethlisberger immediately signaled a timeout. My brother pointed out Pittsburgh's mistake as it happened. It ultimately cost the Steelers the game and nobody will ever talk about it.

After the big gain, the Steelers should have sprinted up to the line and spiked it, saving the timeout so they could choose whatever plays they wanted to call on 2nd and 3rd downs. With the timeout in your pocket you can run on 2nd down, or maybe play-action pass into the end zone or out of bounds, and then run on 3rd. You have much more flexibility in what you can decide to do. Which also makes it harder for the defense, forcing them to respect the run (especially against Le'Veon Bell), defend the pass, and be aware of the 240 pound Roethlisberger possibly running a draw.

You can also use the timeout to ensure the Patriots don't get the ball back.

It would have taken some time to get to the 10 and get set. Maybe 15 seconds. So the options are:

Do you want 15 extra seconds on the clock that you might not need, or do you want to be able to use every play and player in your offensive arsenal, and make it harder on the defense to know what you're doing?

The Steelers set themselves down the path of bad decision-making, managed themselves into a corner, and paid the consequences.