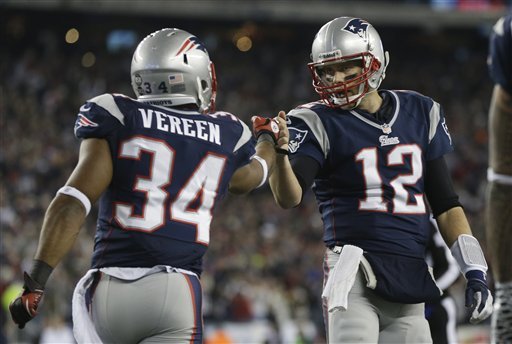 Chew on these facts for a few moments. Enjoy their taste, let them digest, and fill your stomach with joy...

This was Tom Brady's 17th playoff win as a starter. An NFL record.

Now it's time to tone down the optimism and ground ourselves. The Patriots will be facing the Ravens, who beat the Patriots this season. The Pats will be without Rob Gronkowski. And 3 of the Pats' 4 losses this season have come against teams named after birds.

And quite frankly, the Ravens are on a mission. They've won two playoff games already. They are the ONLY team in the NFL to win 2 playoff games. Let that fact sink in for a moment.

Only two teams won road playoff games and Baltimore is one of them. Only one road team won in the Divisional Round, and it was Baltimore. Last year Baltimore came up here in the AFC title game, and now they have a better kicker.

We are spoiled by the elite up here. We expect this team to make the AFC Championship game every year, and they deliver more than 50% of the time. And we expect them to win AFC titles at home. Which they haven't failed to deliver in the reign of Belichick and Brady.

But overall, if you take a step back and absorb the last 12 years as a whole, it's absolutely fucking amazing what this team does. Belichick and Brady just win.