The Patriots' road to the Super Bowl 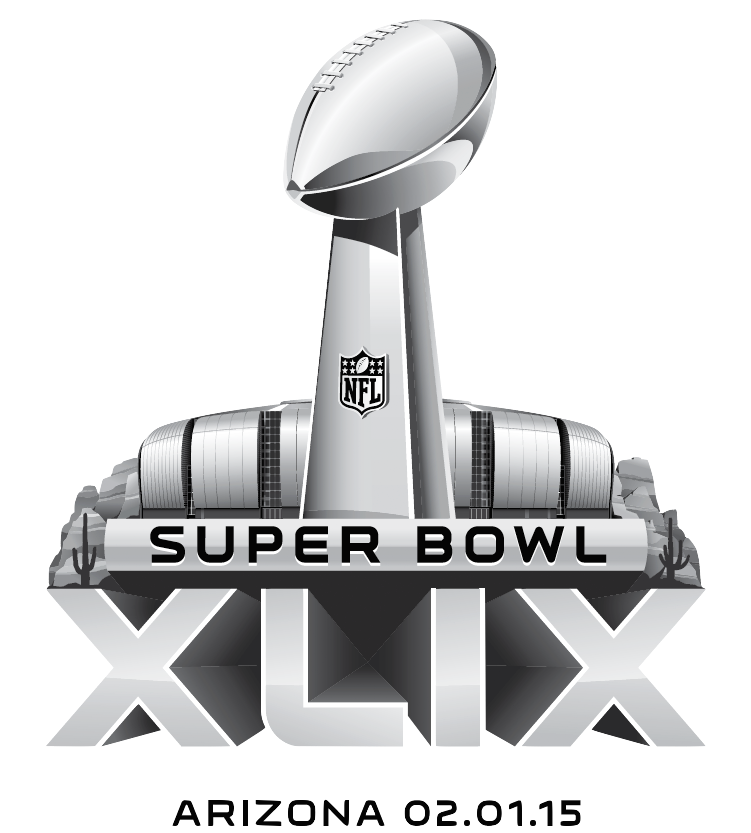 Super Bowl 49. Super Bowl XLIX. Super Bowl X-licks. What does the road to the Super Bowl look like for the New England Patriots?
Divisional Round
vs. IND or CIN or BAL

If Baltimore beats the Steelers, the Patriots will host the 6th seeded Ravens no matter what happens in the other AFC Wild Card game. However, I strongly think Pittsburgh will win that game, so then the Pats would face the winner of the Bengals-Colts game. To be blunt, neither of those teams scare me. They both feature talented players, but they're not tough teams. The Patriots have thoroughly dismantled both of them this season and I'd expect the Pats to do the same thing in the Divisional Round. So it's on to the AFC Championship.


AFC Championship
vs. DEN or PIT

Again, this is based on the premise that the Steelers will beat the Ravens. Denver vs. Pittsburgh is a tough game to predict. The Broncos have talent, but have looked stale the past few weeks. The Steelers have flaws, but are a hot team. Pittsburgh's secondary isn't very good, so I'm leaning toward the Broncos to win.

The Patriots would have an edge against either team. The Pats are tougher than the Broncos, they have pass-rushers who can get to Manning, they have DBs who can pick him off. Denver's only hope would be for Ward to injure Gronk and Welker to take out Revis.

Pittsburgh would be a more difficult matchup. However, the Pats offense should be good enough to take advantage of Pittsburgh's DBs. Unless Josh McDaniels gets too cute. The Steelers were 27th in passing defense, so Josh "that's just what they'll be expecting us to do" McDaniels, might try to pound the ball on the ground (Pittsburgh was 6th in rushing defense).


Super Bowl
vs. SEA or GB or DAL or CAR or ARI or DET

Carolina can't win 3 playoff games. Arizona can't make the Super Bowl without a quarterback. Detroit doesn't have the makeup for a deep playoff run. So that leaves us with the Seahawks, Packers, and Cowboys, with the Seahawks being the most likely winner of the NFC.

The Seahawks would also be the toughest matchup for the Patriots. They're red hot, they have playmakers on both sides of the ball, they don't make massive mistakes, they play with extremely high confidence but don't play outside of themselves. They also have the best passing defense in the NFL and the 3rd best rushing defense.

For the Patriots to beat Seattle, they'll have to win it on defense against Russell Wilson and Marshawn Lynch. Seattle was 27th in passing, averaging only 203 yards per game in the air. They were #1 in the NFL in rushing with over 172 yards per game. If the Pats can contain the run, manage a few field goals, make a play on special teams, make a big play downfield (which the Pats have struggled to do all season), then they're Super Bowl champions. Just a handful of big plays would decide a Seahawks-Patriots Super Bowl. It would be an epic game.

The Cowboys are also beatable. Give them credit for going 8-0 on the road, in a year where some of the best teams in the NFL went 4-4 away from home. But until Romo and the Cowboys can win when there's pressure, I don't fear them. Maybe if they win a couple of playoff games and get to the Super Bowl, they will have garnered my respect. Until then, I will continue to see Tony Romo as a nervous holder bumbling a long-snap. 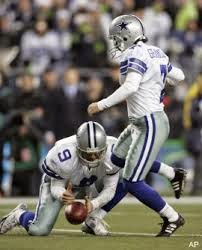 So there's the road. The Patriots beat the Bengals or Colts in the Divisional round. Then beat the Broncos or Steelers to win the AFC, so long as they don't get hurt or get smart. Then it's probably a tough, too-close-to-call battle against the Seahawks.

That Super Bowl will either be the confirmation of the beginning of the Seahawks dynasty, or an exclamation point on the Patriots' dynasty. If Super Bowl 49 is Seahawks vs. Patriots, we will hear the word "dynasty" at least 300,000 times in the 2 weeks leading up to the game.
Posted by rob at 1:15 PM