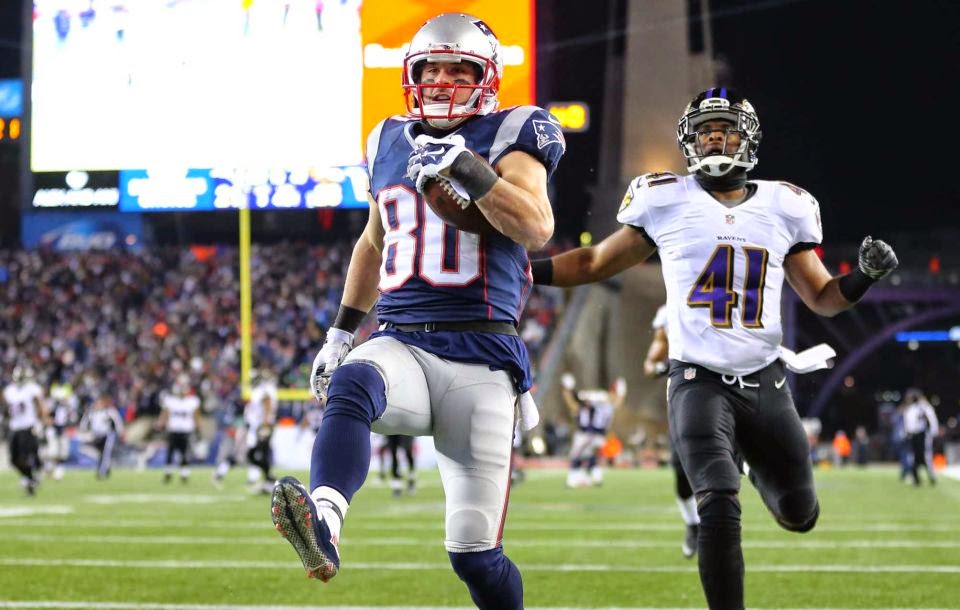 When was the last time we saw a Patriots team score when they needed to score at the end of a playoff game, AND get a stop when they needed a stop? Actually, let's give the Patriots' defense credit for 1.5 stops, holding the Ravens to a field goal the drive before Brady and the offense drove for the game-winning touchdown.

In the first Super Bowl against the Giants, the Pats got the score, but not the stop at the end.

In the 2006 AFC Championship game against Indy, the Pats couldn't score touchdowns in the 4th quarter to win the game. They couldn't get stops either.

So as frightening as this game started, both sides of the ball ultimately did their job.

The game-winning drive was vintage Brady. He distributed the ball to 6 different receivers. He ran for a first down. And he threw a beautiful pass to Brandon LaFell for the touchdown. Danny Amendola made the biggest play of the series on 3rd and 6, breaking a tackle, and extending the ball forward to secure the first down.

The previous drive, the defense made a goal-to-go stand to hold Baltimore to 3 points. Cris Collinsworth correctly said "The difference between a field goal and touchdown here may be the game." It was.

On Baltimore's next drive, the Ravens moved the ball, but not in the big chunks they wanted to. Time was ticking away. And a Joe Flacco jump ball was finally hauled in by a Pats DB. Live by the chuck, die by the chuck.

It's unfortunate that the Patriots were in a position where they needed both a score and 1.5 stops to win. The Ravens dominated the game for the first 10 minutes, and I was getting flashbacks of past playoff embarrassments at the hands of the Ravens and Jets.

But this time the Pats had Rob Gronkowski. He made 2 big plays on the Patriots' first scoring drive: a 16 yard reception on 3rd and 8, and that big 46 yard gain. Gronk finished with 7 catches for 108 yards and a TD. And who knows how much his presence on the field, and the attention he drew from the defense, helped other receivers get open.

I've often criticized the Patriots for trying to be too clever on offense. In the 3rd quarter they had just the right amount of cleverness. The Ravens couldn't keep up with who was an eligible receiver and who was ineligible. Vereen was ineligible when Brady threw to Hoomanawanui. But the play before, Hoomanawanui was the ineligible one. You didn't hear it on TV, but the ref announced "Number 47 is ineligible, don't cover 47." Then Hooman was eligible on the next play, and Vereen was announced ineligible. The Ravens got confused, and John Harbaugh threw a hissy fit. Harbaugh called it deception, but it was lack of attention. To quote Robert the Bruce's diseased father in Braveheart "You let yourself be deceived."

That drive ended in a touchdown. And we all remember the trick play a few minutes later, Brady to Edelman to Amendola. It was the whitest touchdown in the NFL since the color barrier was broken in 1946 by Kenny Washington and Woody Strode. It probably aggravated Harbaugh too, since it was another example of deceptive play. Harbaugh is probably lobbying the NFL to outlaw play-action as well.

The Patriots outscored the Colts 28-10 in the second half of their Week 11 meeting. And that's who they'll play in the AFC Championship game on Sunday.