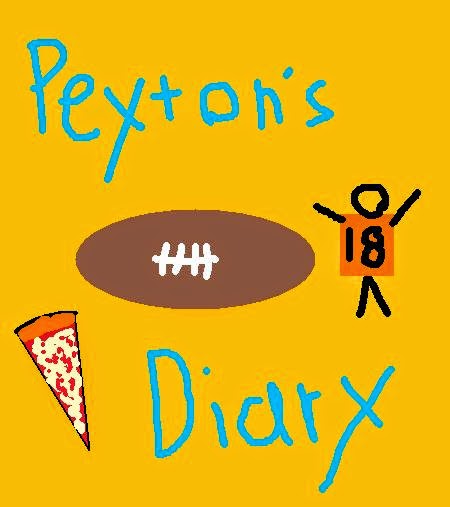 Dear Diary,
It happened again. Me and my team were played off again (Coach Tony taught me to call it that instead of that E-word that kind of rhymes with laminated). It's the ninth time that the NFL hasn't let me play more than one playoff game. I don't think that's fair.

It's not my fault either. Everyone says so. From Coach Fox (haha, sorry, every time I think of Coach Fox, I think of that "What Does the Fox Say" song, ding ding ding da ding da ding da ding), to Mr. Elway, to Coach Tony. I don't think it's my fault. My leg hurts. Trainer Steve and Doctor Martin say my quad is torn. I asked them which of my quads, my first, my second, my third, or my fourth. They told me I had 2. That doesn't make sense. I learned in school that quad means 4. So not only do I have a torn quad, I only have half the quads I should have.

I hurt it a few weeks ago. But we wanted to keep it a secret. When I saw Aaron Rodgers getting carted around like a cripple a few weeks ago, I called Mr. Elway and asked him why we didn't do that. He sighed, and said something about Aaron Rodgers and the Packers being drama queens and attention horses. I didn't get it. Our mascot is a horse, Green Bay's isn't. Their mascot is... well, I don't know what. And drama queens are actresses who play queens in movies and plays. Mr. Elway says lots of things I don't understand. 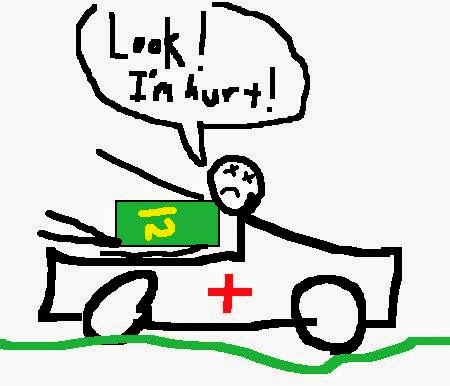 When I played with Coach Tony and the Colts, whenever I got hurt, we'd go out and get extra pizza after our normal post-game pizza party. It would be just me and Coach Tony. And if I hurt my leg, Jeff Saturday would carry me to the pizza place. The Broncos promised in my contract to do the same thing. But Mr. Elway and Coach Fox (lol, ding ding ding...) said that we should keep it a secret. "Chuck E. Cheese won't tell anyone," I told them. But they didn't want anybody to know I was hurt.

I decided to keep my hurt leg a secret from myself. So when we decided what plays to try, I chose plays we'd run if my leg was healthy. That way I wouldn't know I was hurt. And it would stay a secret.

Something was wrong though. I'd throw long passes to Emmanuel, and miss him. I couldn't figure out why, since I was still keeping my leg a secret from myself. So I threw long passes to Wes, to the two Tommies, to Emmanuel. If I had told my secret to myself, I would have been able to figure out why I wasn't able to throw to my teammates. Since I didn't, I wasn't.

Secrets can be bad. But you should always keep a secret. I kept the secret, even from myself. So I did the right thing, and that's why it wasn't my fault that we don't get to play anymore. Coach Tony always said that losing right is always better than winning wrong.

I'm looking forward to playing football when it's warmer again. Summer football and football in fall is the best, because even if you lose, you get to play next week. I only wish I didn't have to go to cold places like Foxborough (this "fox" doesn't make me laugh) or loud places like Kansas City, where the people running the scoreboard make the people in the stands make noise.

Next year should be fun with Coach Fox again. I think we will have a fun group of guys who will...

Oh my gosh, Diary! I was just watching a tape of people on ESPN talking about how great I am, and the ESPN people just said that Coach Fox is leaving!!!!

I don't know what to do. I need to call Coach Tony. Sorry, Diary. I hate to write and run, but this is just too much. I need to do something. What if they hire a mean coach. What if he's like mean Mr. Belichick?