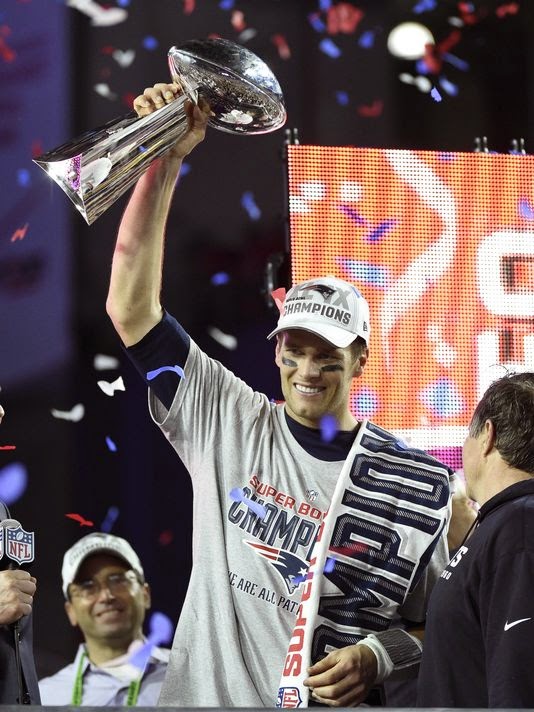 He's clearly the best quarterback of his era, and it's tough to argue against him as the greatest of all-time. The debate between Brady and Joe Montana would be like arguing who is the better President: Washington or Lincoln. It would be a matter of taste and preference, not of clear distinction. And whoever you thought was second best, would still deserve statues to their legacy, along with cities and high schools named after them. Can we change Vermont's name to Vertom? And change New Hampshire to New Bradyshire?

In the 4th Brady was the most clutch he has ever been in his career. Never has winning hinged so much on his actions than it did in the final 15 minutes of this Super Bowl, and he answered the call. He was 13 for 15 in the 4th, for 126 yards. He was perfect on the game-winning drive (8 for 8). There was even a sack and a penalty thrown in to make his task more difficult, and he still came through.

He would not be denied.

No more "what ifs" or "if onlys" for Brady. All the questions have been answered. All the doubters silenced. Brady is the best in the game. The best today, the best in the past 20 years, and perhaps the best of all-time.