Jon Lester was 4-1 in May, but is too old to have helped the Red Sox 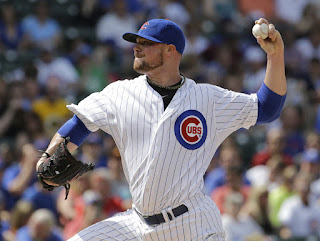 You might then think that Jon Lester could have been a big help to the Sox the last few weeks. But you're wrong. You must remember that he's 31, which is old. And his being so old trumps anything he might have been able to do on the mound for the Sox.

All of the current Sox starters are 30 or under. When assembling their rotation the Red Sox very correctly preferred to focus on age instead of performance. They chose guys like 26 year old Rick Porcello over 31 year old Jon Lester. Porcello was 2-2 in May with a 5.40 ERA. And Porcello will be making $20+ million next year, because he is 26. And 26 is younger than 31. Lester is practically a senior citizen compared to him. A

So even though Jon Lester had a terrific month of May and Rick Porcello's month was poor, what matters most is that Lester is a few dozen months older than Porcello.