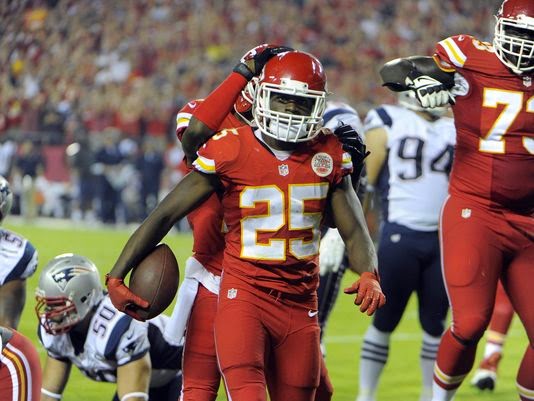 That was one of the ugliest Patriots games we've seen this side of Pete Carroll. Toward the end of the game, Jon Gruden used the "not running on all cylinders" metaphor to describe the Patriots. I'll take that metaphor a few steps further. The Patriots have a V6 running on 2 cylinders, they have a flat tire, the airbag doesn't work, the brakes are worn, the suspension is shot, the turn signals have shorted out, only one headlight comes on and only as a high beam, the seats are stained, there's a weird smell, and the trunk doesn't open without a crowbar.

The offensive line sucks. Exacerbating the problem is an unwillingness by Belichick, McDaniels, and Brady to accept and adjust to this reality. The plays are forced. The throws are forced. Brady throws into coverage. He throws to the same two guys. He ignores or doesn't see open receivers.

The Patriots are not running the right plays for their offense. Julian Edelman, a 5' 10" receiver, is being used as a downfield threat. The Pats run the ball with tomfoolery and trickery, instead of just attacking their opponent. Routes take too long to develop. Brady doesn't throw to anyone but Edelman and Gronkowski. He doesn't even seem to consider throwing to anyone else.

The Patriots dressed 3 WRs Monday Night, then used the run only sparingly. What the hell is the logic behind that?

I know Brady is uncomfortable in the pocket. In the past, we've mocked Peyton Manning for crumbling under such pressure. We focused on him, and made fun of him for letting the pressure get to him. So do we laugh and point at Manning for those collapses, then defend Brady for making bad decisions and making bad throws?

Both sides of the ball need to be simpler. Bring it back to basics. Be primal and ATTACK. Don't think, just go after the ball, after the opponent, after the yards. Instead the offense runs sweep plays to the outside on 3rd and 2. Instead, Darrelle Revis is playing off to prevent big plays.

I don't know what this team is trying to do on either side of the ball. They seem to base their offense on what the opponent does. Their gameplan is reactionary, not proactive.

The sky isn't falling though, all you Chicken Littles out there. This was an awful night. A painful night. To borrow a quote from the movie Wall Street: "We sure went down the toilet on that ugly bitch." Thankfully it was just one night. Hopefully it's rock bottom, and not a sign of things to come.

The Patriots have a lot of things to work on. Thankfully they have plenty of time to work on them.