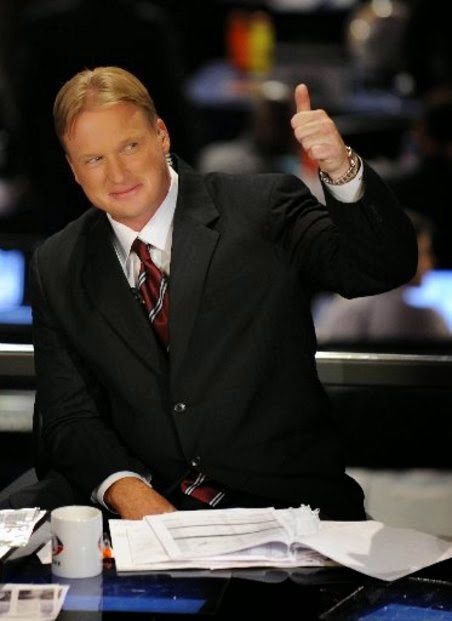 Email your bosses now and tell them you won't be in on Tuesday. You'll be nursing a hangover the size of Jon Gruden's ego after playing this drinking game during tonight's Patriots game against the Chiefs...


Anytime Jon Gruden...
Says "this guy" = 1 drink
Gives a player a nickname (e.g. "the sheriff") = 1 drink
Laughs = 1 drink
Makes the other commentator(s) laugh = 1 drink
Gushes about a player's body parts = 1 drink
Forces you to mute the TV = finish your beer

Get lubed up responsibly.